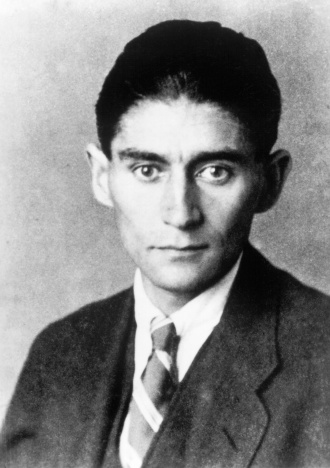 How about that open-source software from Microsoft, eh? What is going on with the world when the biggest news in open source is from Microsoft? While we sip our coffee and think wistfully of closed-source projects past, we figured we’d take this moment to update you on some of the other open-source announcements made this week. Maybe you missed them because of some bigger news.

There is something rather Kafkaesque about Microsoft becoming an open-source company. Perhaps that’s because it’s just about as surprising as waking up as an insect. Fine, we’ll stop with the Microsoft similes. Really, this was much more of a segue, anyway.

Let’s talk about Kafka, the distributed, high-throughput messaging system. It replaces a message queue with what amounts to a distributed commit log. Its clusters can serve as the backbone for an organizations data pipeline, and everything is written to disk during the process, so nothing is lost.

Yahoo this week released the Kafka Manager project to the public. The company makes extensive use of Kafka internally, and it has been using it internally to simplify the controlling and maintenance of these clusters.

Kafka Manager can manage multiple clusters, inspect them, and manage the replication duties for distribution. It can also ease the process of building and maintaining partitions within Kafka systems.

Running a Kafka can also be made easier by using Linux containers to host the Kafka nodes. Docker even offers Kafka in its Docker Hub. Docker’s also got some Oracle software in that hub, as of today.

Oracle has agreed to push Oracle Enterprise Linux 6 and 7 into Docker Hub. This decision will allow users to build the systems they run Linux containers on top of out of Oracle’s Linux. As you may recall, Oracle’s Enterprise Linux is CentOS rebranded.

Wim Coekaerts, senior vice president of Linux and virtualization engineering at Oracle, said that the company has been following and working with Docker since 2013. But while Oracle is currently working on building a MySQL that is certified for running on Oracle Linux in Docker out of Docker Hub, Coekaerts said that it’s unlikely the mainline Oracle database will be winding its way onto Docker Hub.

“Docker is useful for smaller deployments of applications: Web servers, JVMs, MySQLs,” he said. “It’s good for something that is easy to install and run, or which typically runs and goes away. Then you have Linux containers, where you get standard environment and the usual OS bits. A 5TB database is not likely going to get checked into source control or Git, which Docker uses. When it comes to Linux containers, certainly yes [Oracle’s database could be hosted with them], but I think Docker is more for the developers and the smaller application stacks.”

Finally, and perhaps most excitingly, the Raspberry Pi 2 shipped this week! Just when you thought this tiny computer couldn’t get any cooler, they go and make it quadcore and upped it to a gigabyte of RAM! That’s a better computer than I had under my desk when I worked at a computer games magazine in 2000. Wow!