Guest View: Dead unicorns are on the horizon 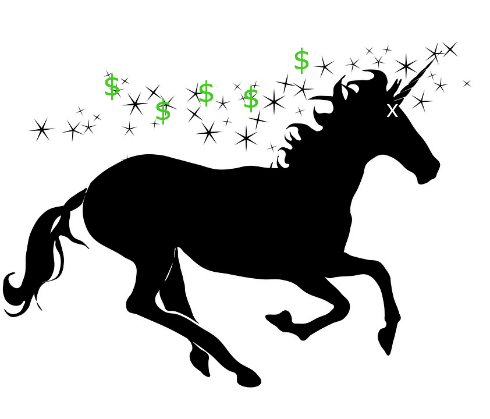 Just as in “Game of Thrones,” winter is coming, and with it come huge risks to investors and employees of the so-called unicorns.

Unicorns are broadly defined as startups worth US$1 billion or more. Once rare and mythical, there are now more than 100 unicorns, according to some estimates.

However, once these firms are faced with competitive pressure from public markets, their value goes down and creates some major disappointments.

(Related: Software startup market has shrunk by half since 2009)

We are now reaching a turning point, which will hurt many investors. Only some will survive, and a “back to basics” era needs to occur. High valuations are only sustainable to those with reasonable business models.

Valuations going down
The market is beginning to be more transparent, and that means valuations are going down. In the last few months, valuation levels for some unicorns have decreased from 10% to 50%. For instance, Blackrock, Fidelity and other institutional investors have recently declared in public filings that their estimated values of companies such as Dropbox and Snapchat have dropped by more than 25%.

Many unicorns that went public now have their stock prices well below what they were at the IPO stage, and below previous rounds of funding. As an example, a share in Square, a payments company, was priced at $9 at its IPO, below the expected range of $11 to $13 and well below the $15 that some private investors paid for it in late 2014. At the IPO price, Square was valued at close to $3 billion, which is 50% below the $6 billion valuation for which it had raised money from private investors a year before.

It is important to realize that many of the so-called unicorn valuations above $1 billion are achieved through implied valuations based on smaller stakes being actually traded in the private market. In addition, these private transactions have very different types of shares being issued. It is common for privately held unicorns to have five or more types of shares, with different provisions.

What many investors don’t realize is that some shares have extra guarantees. For instance, terms such as liquidation preference and ratchets are key. Liquidation preference, typically granted to later stage investors who are already concerned with high valuation levels, protects these investors from losing money by guaranteeing they get their initial investments (plus a guaranteed return) back before any other parties. Ratchets grant investors new shares if the future valuations are below the price they paid.

In the case of Square, the last investors who bought shares (at $15 per share) were offered what’s called a “ratchet.” This means that they were guaranteed additional shares if the IPO price didn’t reach a certain level. In this case, investors required a 20% return on their investment ($18, which equals $15 plus 20%). Since the IPO price missed the $18 by 50%, Square had to give investors millions of new shares to compensate for that. Overall, the value of the company was still lower post-IPO, and someone had to pay the bill.

Public versus private fallacy: The unicorn bubble
Let’s say you own a warehouse in a deserted area, which no one wants to use and has no real retail value. But you still want to have it valued at $1 million. Your father-in-law officially buys one-tenth of one percent of the warehouse for $1,000. Now you post this transaction information on your blog. Boom: a million-dollar valuation! Totally legal. Magnify this process by different orders of magnitude and you’ve mastered the unicorn math.

Unicorn valuations are done based on private-market transactions. The same firm (or parts of it) are sold from the original founders to venture capital firms, then from VCs to private equities, then from private equities to institutional investors (fund managers), and some ultimately get sold in the public market through their Initial IPO.

For a while, there was a myth that public markets were irrelevant, and that companies would thrive in the private market domain. The evidence clearly shows this is not the case. And it cannot be, since eventually the private equity partners have to cash out and leave their positions in order to adequately remunerate their investors.

However, public markets and institutional investors are no longer buying into private market valuation inflation. And unicorns are already staying private for longer. This is not by choice. It is to delay the inevitable; only when they go public does the truth reveal itself.

Business model failures
The proof of the pudding is in the eating.

Snapchat is a recent startup that allows users to send photographs and videos that self-destruct within a few seconds of viewing. Snapchat is still exploring the possibility of earning revenues. The absence of revenues didn’t, however, stop the earlier inflation in its valuation. Things have changed, and this is one of the companies that was recently marked down by investors.

The evidence suggests that the eating of the pudding is getting closer. And for many companies this has already arrived. It is becoming clearer that the following factors are signals of companies that have unsustainably high valuations:
• They have little or no revenues.
• Their only conceivable revenues are through an advertising model. This is yet to be proven as a good model, and all of these companies are competing for the same consumer goods advertising dollars.
• They subsidize client acquisitions to artificially inflate the number of users, even if they are not profitable. For instance, rumors suggest Uber spends more than $10 million per week on driver subsidies in San Francisco. And the same occurs in other cities around the world. A Shanghai-based driver says he only works for Uber because they are paying big subsidies, which more than double the fare paid by the customer.

The Top 10 unicorns have supposedly combined valuations above $150 billion on less than $5 billion in revenues, and they employ around 25,000 people. In other words, a price/sales ratio of 30x. Some losses started to slow investments in these unicorns in 2015. And more will follow.

As was always the case, high valuations are only appropriate for businesses that are able to convert their innovative ideas into financial metrics such as cash flow and profit.

There are four levels of successful business models:
1. Convert clients to revenues: Get users/clients to pay revenues.
2. Convert revenues to profits: Cover the costs of operation and client acquisition first and generate profits after.
3. Convert profits to cash: Generate positive cash flows, sustainably; the need for new investments (including burning cash to gain shares), and the capacity of the internally generated cash to sustain it, play a big role here.
4. Convert cash flows into market valuations: Concepts such as timing, growth profile and, above all, the risk of those cash flows are relevant here.

And these principles, despite a lot of criticism, have not gone away. We are not yet in a bubble like the Dot-Com bubble of the 1990s, but the recent dismal performance of many unicorns clearly reveals we are back to basics with respect to business models, investing and valuations.

A unicorn valuation in bubble times can be whatever one wants. But as Warren Buffett once said, “You only find out who is swimming naked when the tide goes out.”

Investors who disregard the basic principles of valuation and say “This time is different” will get burned once again. 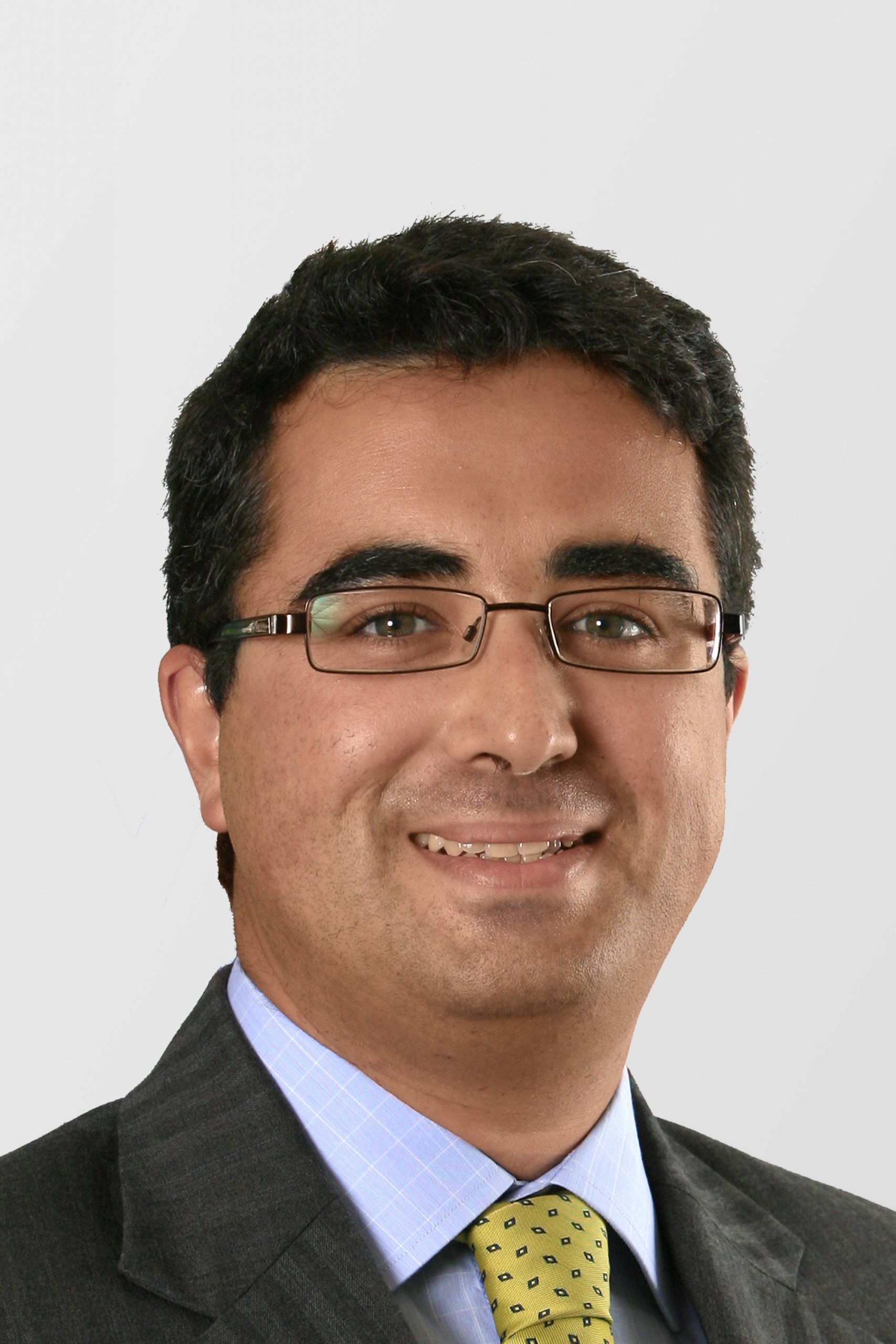 Nuno Fernandes is Professor of Finance at IMD, where he directs the Strategic Finance Program and also Finance Fundamentals for Executives, an IMD Global Leadership in the Cloud program. He is the author of “Finance for Executives: A Practical Guide for Managers.”

View all posts by Nuno Fernandes