By summer 2014, robots could be teaching kids as young as five years old how to code.

Play-i, a company founded in 2012 by veterans from Amazon, Apple, Frog Design and Google, has created robots, Bo and Yana, designed for children to learn how to program.

“Our children are growing up with iPads and iPhones in their hands,” said Vikas Gupta, cofounder and CEO of Play-i. “You have to ask yourself, ‘Is my child going to be a consumer, or can they use these tools to create more powerful things?’ The robots make them curious about the technological world they are growing up in.”

(Other robots that can be programmed, but aren’t for learning)

Unlike other programming languages where children are first taught the syntax, Play-i focuses on learning through exploration, play and discovery.

“As a father, I know that a child’s world is about play,” said Gupta. “Play-i robots make abstract concepts of programming concrete, unlocking a whole new world of imagination, creativity and play for children.”

The robots connect wirelessly with Android and Apple mobile devices through Bluetooth LE. Stories and music are used as context to present programming in a visual interface so children don’t realize they are learning programming, according to Gupta. When a child grows out of the visual interface, they can look behind the interface to see the real code and start writing themselves. 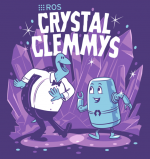