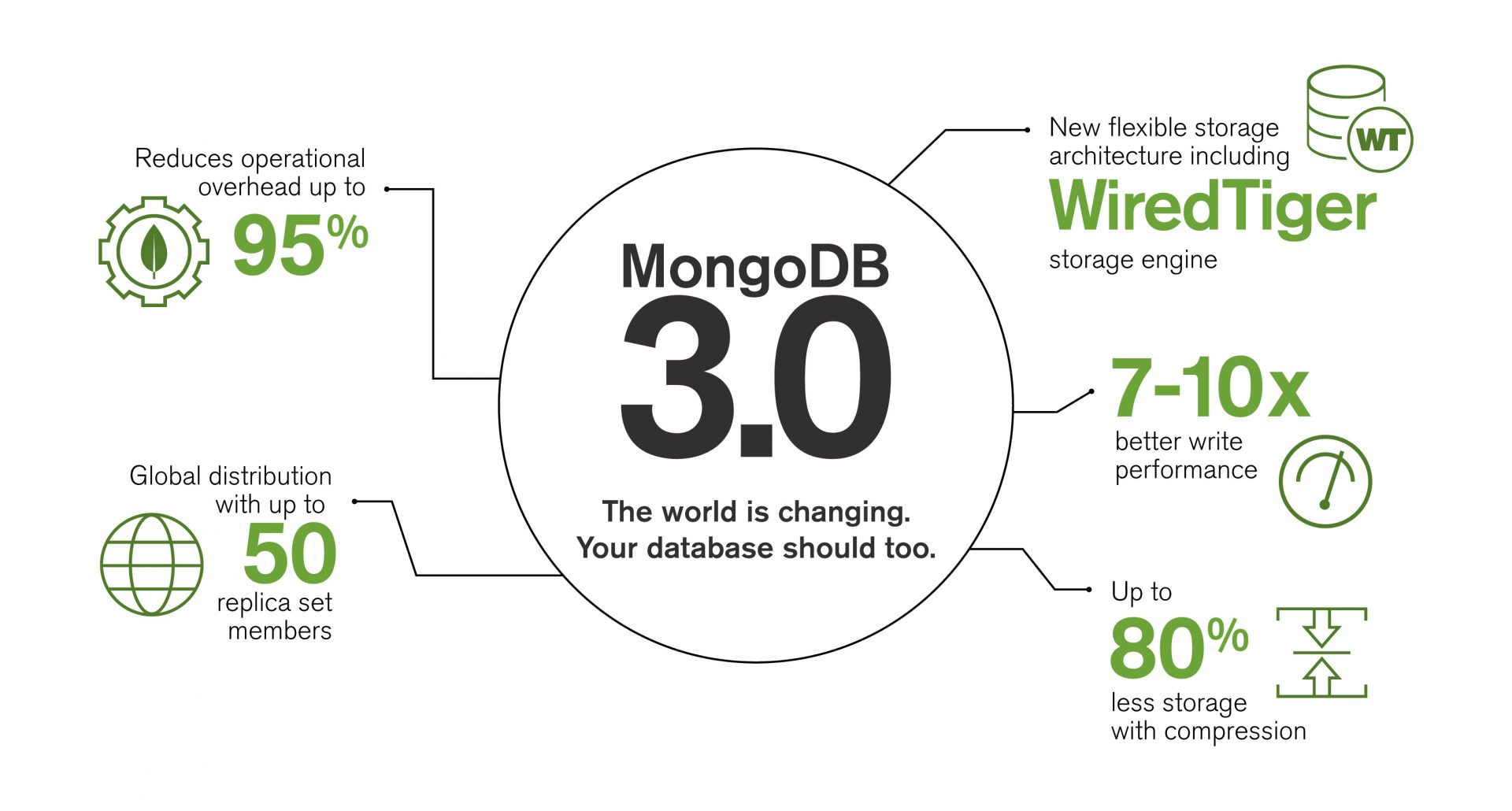 MongoDB has announced version 3.0 of its open-source NoSQL database, calling it a “landmark release” in terms of performance, flexibility, management capabilities and operating cost.

“Taken as a whole, the changes in 3.0 remove bottlenecks and obviate workarounds, suiting MongoDB to an even wider variety of applications, and providing teams the confidence to run it in more mission-critical situations,” Horowitz wrote. “MongoDB 3.0 is a true contender for the title of ‘default database’ in any organization.”

Here is a closer look at the new features and improvements coming in MongoDB 3.0:

In addition to the above additions to MongoDB 3.0, Horowitz stated the company is also developing more advanced WiredTiger surface features such as Log Structured Merge Trees, iterating on Ops Manager, and working to implement a transaction system for the distributed document model.

MongoDB 3.0 will be generally available in March, and the latest MongoDB production release candidate, MongoDB 2.6.7, can be found here.