“Outsourcing” and “offshoring”—two words that have gotten a bad rap in the software industry—are gradually getting a whole new meaning thanks to an old friend: India.

Traditionally, and maybe in your mind now, the software industry perceives Indian offshoring as a poor choice, likely to end in applications that can’t scale, misunderstandings that result in unusable projects, and such high turnover, you were almost guaranteed to lose access to your app’s original developers. However, this is changing on a variety of fronts.

I have spent my career helping develop and foster the tech industry, both in the U.S. and India. Having relocated back to India, I have seen a sweeping change in the tech community that is profound and worth taking note of. For instance, the peak of the startup wave has passed over the U.S., but it’s now at its peak in India, bringing with it teams building complex technology companies and, perhaps more importantly, elevating the confidence and technical standards that were once lacking.

Rethinking outsourcing and offshoring
Today’s startups and enterprises are required to innovate fast and adapt to change faster. The better thought-out and faster your experiments are performed, the higher the return and chance of success. Traditional thinking in technology is to build an ace team internally. In an ideal world, that’s great. However, it’s not always easy and reasonable to do so.

Offshoring once only happened for menial jobs—manual work, essential but not valuable work, and work that did not require creativity were the best candidates for offshoring. Price also played a key role.

However, I know that India’s economy is booming and isn’t slowing down anytime soon, so now might be a better time than ever to rethink old perceptions. Here are some major considerations when considering offshoring your development to India:

Culture: Believe it or not, India has started to invest in culture, and it is knowledge-driven. A new breed of company is emerging that is smart and creative, typically with a flat hierarchy. They know how to enjoy life and they truly enjoy their work. Like in Silicon Valley, we are seeing a lot more high-end parties, dedicated time for improving life (gym, learning guitar, helping the local community), flexible time at work, even ping pong tables and kegs. While common is the U.S., this is a new development for Indian companies.

Reputation is important, and skills are top of the line: According to Rediff Business, in India, “There is a high demand for good talent and hence a lot of attention is being given to retaining and engaging that talent.” To that point, the issue of rampant turnover and lack of loyalty are being squarely addressed.

They say NO: In the initial days, most India-based service firms would promise anything under the sun just to land a project. Then they would scramble to get the project completed and, in most cases, never get things done properly. This was the case because business opportunities were scarce. Now, since these very same firms have options and more opportunity, they can cherry-pick and focus on core competencies where they build up their expertise and accept projects that excite them.

More tech-savvy culture: India as a whole is becoming more entrenched in the tech world. In 2014, 215 million people were online at least monthly, and it is projected that number will rise to 346 million in 2018. Technology is no longer an outlier, instead becoming embedded within the Indian culture every day. Hence, developers are more up-to-speed with technology trends, and they not only follow them closely but also have stronger, more educated opinions about them.

Outsourcing may no longer be a deal: Outsourcing used to be seen as a cost-cutting effort, and for some time a very effective one at that. Today, many developers in India have become more professional, focusing on high-end engineering and possessing a much higher skill set. So, the top talent in India are now a far more valuable asset, and often come at a higher price than once expected. However, the chances are also much higher that the delivery will be better and on time. 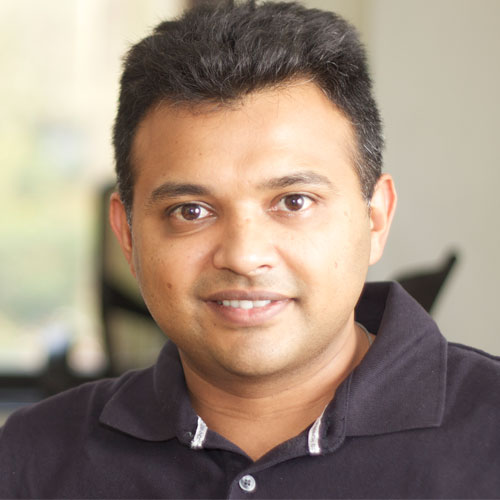 Jinesh Parekh is the CEO of Idyllic Software, a Ruby on Rails, Node and microservices development firm based in Pune, India. Parekh spent a decade working as a developer for Sears in the U.S. before returning to India to start Idyllic.

View all posts by Jinesh Parekh