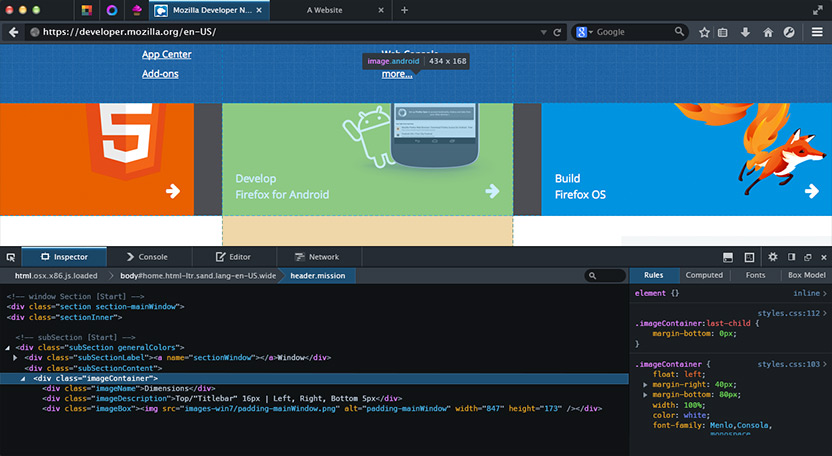 Mozilla is celebrating the 10th anniversary of Firefox with the release of Firefox Developer edition, a browser dedicated to developers.

“Developers are critical to the continued success of the Web,” wrote Dave Camp, director of developer tools at Mozilla, on the company’s blog. “The content and apps they create compel us to come back to the Web every day, whether on a computer or mobile phone. Having a dedicated developer browser means we can tailor the browsing experience to what developers do every day.”

According to Mozilla, one of the biggest challenges developers face is having to use a number of siloed development environments when building their apps; the Firebox Developer Edition was designed to solve that problem.

“It’s a stable developer browser, which is not only a powerful authoring tool but also robust enough for everyday browsing,” wrote Camp. “It also adds new features that simplify the process of building for the entire Web, whether targeting mobile or desktop across many different platforms.”

The browser features a dark design theme; valence—which was previously known as Firefox Tools Adapter—to allow developers to build and debug their apps across numerous browsers and devices; WebIDE to allow developers to build, deploy and debug their apps directly in their browser or Firefox OS device; a responsive design mode to view how a website or Web app will look on multiple screen sizes; page inspector; a Web console; a JavaScript debugger; a network monitor; a style editor; and a Web audio editor.

“Because Firefox is part of an open-source, independent community and not part of a proprietary ecosystem, we’re able to offer features other browsers can’t by applying our tools everywhere the Web goes, regardless of platform or device,” Camp wrote.