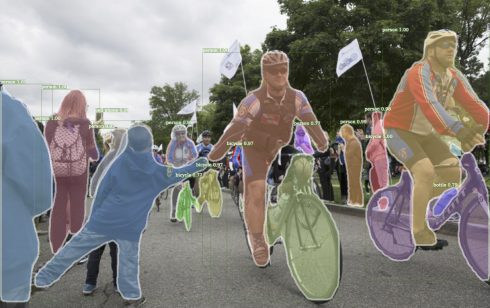 As part of the release, the company is releasing performance baselines for more than 70 pre-trained models.

“Our goal in open sourcing Detectron is to make our research as open as possible and to accelerate research in labs across the world,” Ross Girshick, a member of FAIR, wrote in a blog post. “With its release, the research community will be able to reproduce our results and have access to the same software platform that FAIR uses every day.”

According to the company, Detectron provides models for computer vision tasks and has played a key role in the advancement of visual perception systems. Facebook teams have also used the platform to train custom models for different applications, including augmented reality and community integrity. Once trained, the models can be available in the cloud and on mobile devices.

“These algorithms, powered by Detectron, provide intuitive models for important computer vision tasks, such as instance segmentation, and have played a key role in the unprecedented advancement of visual perception systems that our community has achieved in recent years,” Girshick added.

It has supported a number of projects including Mask R-CNN and Focal Loss for Dense Object Detection. The previous two won the Marr Prize and Best Student Paper awards at the 2017 International Conference on Computer Vision.