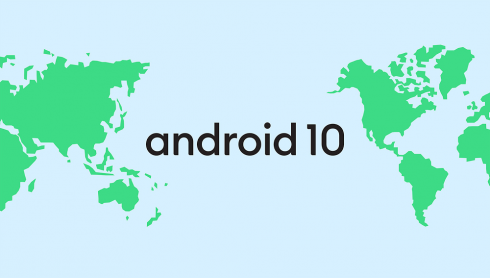 It is always fun trying to guess what Android’s latest operating system is going to be called. Some of the letters haven’t always been as easy as others. Android P had a number of different choices like Pop-Tarts, Popsicle or pound cake. Android O was a little bit more challenging, but the company finally revealed it was going to be Oreo, thanks to a partnership with Nabisco.

So when the company started to work on Android Q, it was a mystery how they were going to name that one — and the results are a bit disappointing. Ending the era of delicious sweet treats, Google has decided to rebrand Android and simply call Android Q Android 10. Granted there aren’t any real popular sweets that start with Q that come to mind, but it’s still a bit sad to think Android will no longer indulge in dessert with us.

The company’s reasoning is that the names don’t translate well in other parts of the world. “For example, L and R are not distinguishable when spoken in some languages. So when some people heard us say Android Lollipop out loud, it wasn’t intuitively clear that it referred to the version after KitKat. It’s even harder for new Android users, who are unfamiliar with the naming convention, to understand if their phone is running the latest version,” Sameer Samat, VP of product management for Android, wrote in a post. “As a global operating system, it’s important that these names are clear and relatable for everyone in the world. So, this next release of Android will simply use the version number and be called Android 10.”

Not only that, but to go along with its new name the brand is getting a new look. It’s almost like Android went on a diet and is transforming. The new logo changes the Android name from green to black in order to make it more easily readable for people with vision impairments. Thankfully, the robot will stay. “The robot belongs to everyone in the community, and has long been a symbol of the fun and curiosity at the heart of Android. Now, it has a special place in our logo,” Samat wrote.