The OCF’s mission to standardize the Internet of Things 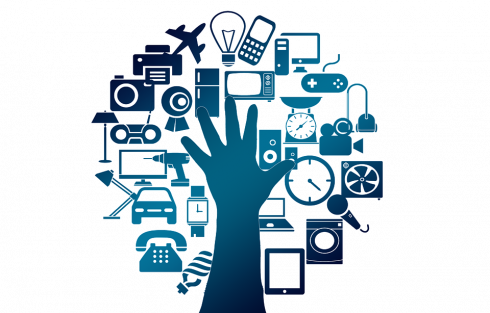 The Internet of Things (IoT) is rapidly growing with smart devices like cars, refrigerators, televisions and wearables already integrated into our everyday lives. But as people start relying on IoT more and more, the Open Connectivity Foundation (OCF) is on a mission to provide interoperability for consumers, businesses and developers.

“The true potential for IoT — just like the Internet — is in interoperability. Simply developing a new app for each new device and ecosystem isn’t conducive to scaling. For developers to succeed, quick, secure and interoperable development is key,” said Clarke Stevens, chair of the data model tools task group and vice chair of the data modeling work group at the Open Connectivity Foundation.

RELATED CONTENT: How security is playing catch-up to the Internet of Things

According to Stevens, the problem is that there are too many approaches and takes on IoT. “IoT is most useful when it is usable by the most people and the most companies,” he said. What the OCF has set out to do is to bring these different approaches together and create a single experience that would allow these devices to start talking to one another.

David McCall, chair of the strategy work group for the OCF, explained businesses are in such a huge rush to bring something to market, they aren’t looking at the bigger picture. “You are getting compelling use cases, but they are fairly limited in their ability to interoperate across a broad range of devices,” he said. McCall explained that IoT devices typically speak a proprietary language to a cloud service, app or phone. Now if you have multiple different IoT devices, that means you are going to have multiple apps for each device and that “doesn’t scale well,” according to McCall, unless you are willing to buy everything from the same manufacturer.

The OCF’s mission is taking place in two parts: 1. Specifications, code and certifications; and 2. Improving end user experience through interoperability and compliance. Through the foundation’s open-source project IoTivity, it provides a framework for enabling device-to-device connectivity. According to the foundation, it enables interoperability for all types of devices, regardless of the operating system.

The OCF also provides a “lite” version of IoTivity, which is a lightweight implementation of the OCF 1.3 specification, and targets constrained hardware and software environments that rely on resource utilization, energy efficiency, and modular customization, the OCF explained.

Another way the OCF is working towards achieving interoperability is through its online tool oneIoTa, which is designed to encourage the design and use of interoperable device data models.

Other tools include a bridging specification for discovering and connecting to other ecosystems and a security framework for protecting against threats.

“OCF is designed around interoperating with other standards, and as a result, does not require developers to convert all devices to the OCF specification. Overall, the OCF architecture, based on atomic-level interoperable resources, provides a solution to bring in existing ecosystems and make them interoperable,” said Stevens.

The foundation recently released version 2.0 of its specification for securing IoT. The latest release focused on security, device-to-device connectivity over the cloud, and defined a standard for device communication.

“In previous versions of the specification, IoT devices could communicate with each other over the proximal network. But once users left their homes, they were unable to control their devices via their tablet or mobile phone. With the new cloud features, this will no longer be a problem,” the OCF wrote in a blog post.

In addition, the OCF’s 1.0 specification was recently ratified as an international standard by the Joint Technical Committee for ICT standardization of the International Organization for Standardization (ISO) and the International Electrotechnical Commission (IEC) also known as ISO/IEC JTC 1. According to the foundation, this marks a milestone in its efforts to establish a common and secure language for IoT interoperability worldwide. The next step is to submit its latest 2.0 specification to the ISO.IEC JTC 1.

“We are excited to see the ISO/IEC Joint Technical Committee 1 approval of the OCF specification as an international standard for the IoT ecosystem,” said John Park, executive director of OCF. “Achieving this recognition reinforces OCF’s contribution to the global IoT community to solve the interoperability gap between devices, supported by the development of ISO/IEC 30118 standardization and OCF-certified devices in the coming years.”

According to Stevens, the IoT ecosystem is only getting larger, and it is going to continue until it’s ubiquitous. If developers continue to ignore standards the “impact will be detrimental to the IoT community, as true interoperability cannot happen without standards being upheld,” he said.