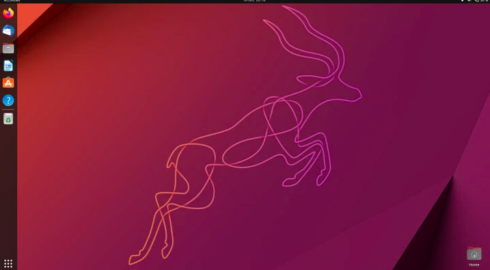 “Connected devices are an exciting area of innovation that also create new digital risks in the home and the business. We are focused on enabling a new generation of easy to use and highly secure IoT,  so these developers in particular will find a number of quality of life improvements for embedded device and remote development in Ubuntu 22.10”, said Mark Shuttleworth, CEO of Canonical. ”This release also brings new capabilities to our enterprise management story. The new Landscape beta makes it easier than ever to administer your entire Ubuntu estate across any architecture.”

Ubuntu 22.10 adds support for MicroPython on microcontrollers, such as the Raspberry Pi Pico W. The graphics stack has been transitioned to kms, which means that developers can also run Pi-based graphical applications outside of a desktop session, such as on an embedded display.

Landscape 22.10 is in beta and it allows developers to run and manage Ubuntu on any architecture and the monitoring, management, patching, and compliance reporting is handled on the server. Landscape Server can now be installed on Arm or Arm-based computers.

This release also supports RISC-V processors and hardware, which will enable Landscape to be deployed as a portable management system.

There are also a number of usability and performance updates including refinements in GNOME 43, expanded audio support in the Pipewire platform, and the Steam snap now includes the latest Mesa.

Several features are aimed at improving developer workflows. This includes updated toolchains for Ruby, Go, GCC, and Rust; configuration of OpenSSH to use systemd socket activation by default; and a new debuginfod service that will help debug programs shipped with Ubuntu.