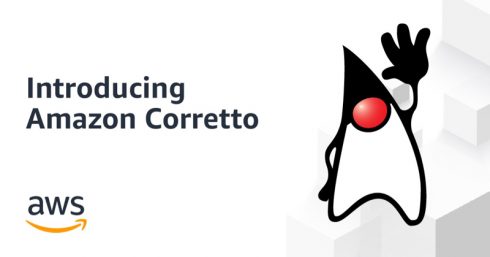 Amazon wants to make sure Java is available for free to its users in the long term with the introduction of Amazon Corretto. The solution is a no-cost, multi-platform, production-ready distribution of the Open Java Development Kit (OpenJDK).

“Java is one of the most popular languages in use by AWS customers, and we are committed to supporting Java and keeping it free,” Arun Gupta, principal open-source technologist at Amazon, wrote in a blog post. “Many of our customers have become concerned that they would have to pay for a long-term supported version of Java to run their workloads. As a first step, we recently re-affirmed long-term support for Java in Amazon Linux. However, our customers and the broader Java community run Java on a variety of platforms, both on and off of AWS.”

Amazon Corretto will be available with long-term support and Amazon will continue to make performance enhancements and security fixes to it, the company explained. Amazon plans on making quarterly updates to the solution with bug fixes and patches as well as any urgent fixes necessary outside of its schedule.

Amazon has already used Corretto on thousands of production services and has been able to address high-scale, real-work service concerns, the company said. It features support for cloud, on-premises or local machines. Corretto 8 is available as a preview with features corresponding to those in OpenJDK 8. General availability for the solution is planned for Q1 2019 and will include Ubuntu and Red Hat Enterprise Linux platforms.

Amazon will run a Technology Compatibility Kit on each release to ensure it is compatible with Java SE.

“Corretto is designed as a drop-in replacement for all Java SE distributions unless you’re using features not available in OpenJDK (e.g., Java Flight Recorder),” Gupta wrote. “Once Corretto binaries are installed on a host and correctly invoked to run your Java applications (e.g., on Linux, using alternatives), existing command-line options, tuning parameters, monitoring, and anything else in place will continue to work as before.”

“Amazon has already made several contributions to OpenJDK 8 and we look forward to working closely with the OpenJDK community on future enhancements to OpenJDK 8 and 11,” Gupta wrote. “We downstream fixes made in OpenJDK, add enhancements based on our own experience and needs, and then produce Corretto builds. In case any upstreaming efforts for such patches is not successful, delayed, or not appropriate for OpenJDK project, we will provide them to our customers for as long as they add value. If an issue is solved a different way in OpenJDK, we will move to that solution as soon as it is safe to do so.”

According to Gupta, Amazon Correto is expected to become the default OpenJDK distribution on Amazon Linux 2 next year.