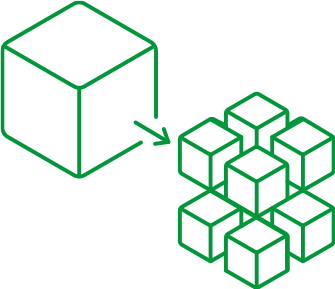 NGINX has announced a new release of its Application Platform with major improvements and new capabilities. The NGINX Application Platform is the company’s integrated software development suite designed to simplify the adoption and deployment of microservices. In addition, the company announced the general availability of two new products: NGINX Unit and NGINX Controller.

The new releases are designed to simplify the process of deploying microservices and help guide along organizations transition from legacy environments to microservices-centric environments, according to Sidney Rabsatt, vice president of product management for NGINX.

With enterprise adoption of microservices reaching a tipping point, companies need new ways to support their digital business efforts. However, moving towards a modern way of working can be complex and requires organizations to balance their development efforts across a mix of legacy solutions, monolithic apps, and open-source based microservices environments,  the company explained.

The latest release of the NGINX Application Platform features an updated version to its core app and network software, NGINX Plus. NGINX Plus R15 now features new security capabilities, such as support for OpenID, and improved performance capabilities that target microservices stacks. “As you’re peeling apart microservices, whether it’s internal or external, you want to make sure that the calls between them are properly authenticated,” said Rabsatt. “You want to make sure that we have the clustering capabilities that we need so that if multiple instances are involved, we can make sure that connections get to the right place and don’t get overwritten.”

It also includes some load balancing enhancements, such as having clustered intelligence for different sessions, he explained. In addition, there are enhancements on the microservice networking side. The latest version adds server push capabilities and support for the Google GRPC protocol.

The company announced NGINX Unit, a new app server designed to improve performance for modern microservices code. The new solution will be available later this month. According to Rabsatt, Unit is a multilingual application server with networking capabilities built in. It collapses the networking capabilities that proxy into application servers to reduce complexity and add consistency to how different units interconnect with each other, he explained.

NGINX Controller sits on top of the NGINX platform, NGINX Plus, and Unit, and provides control plane capabilities to manage both legacy and microservices apps. The company expects to release this at the end of Q2. According to Rabsatt, Controller gives new users the ability to quickly and simply create a configuration and make sure that it works, in addition to providing reporting and a dashboard to show them that it is working.