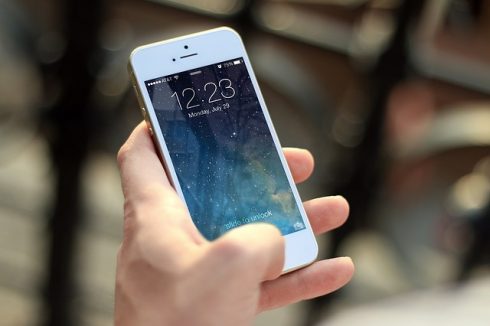 Often it isn’t one thing that brings about a technology revolution but a blending of elements. 5G, mixed reality, and AI are about to dramatically change both how we interact with computers not only revolutionize human/machine interaction but blur the lines between what constitutes imagination and reality. Let’s talk about this coming technological revolution and its impact on our world.

5G
The next step in wireless technology promises to give us wired network speeds and far better performance than we have ever seen before, allowing us to shift more processing load to the Cloud and redefine the balance between battery life and performance once again.

This unprecedented performance levels could uplift the potential for mobile thin clients and further blur the lines between PCs, tablets, and smartphones. The result should be the ability to more aggressively provide intelligence and vastly higher application resolution without needing to increase edge processing power significantly, creating the dual benefit of small devices and long battery life without adversely impacting this increased performance.

Mixed reality
A key area that will be enhanced by 5G will be Mixed Reality and the ability to blend more seamlessly what is real with what is virtual at the edge. This could mean a market pivot from handheld to head-mounted technology like has been recently demonstrated in part by the Lenovo Mirage Solo but with full smartphone capability and better design. Headsets will likely evolve into something far closer to the Magic Leap Mixed Reality solution, making them far more acceptable for longterm use. In the interim, it will likely enhance existing efforts like Google Daydream substantially.

By blending telephony and other forms of communication into these head-mounted devices, smartphones as we know them should start to become obsolete. Properly implemented, heads-up displays of information should reduce the kinds of problems we’ve had with smartphones and distracted walking or driving.

By blending realities far more aggressively, the technology could massively change a wide variety of industries, from outside advertising to exterior finishes and clothing. You may no longer need to paint or dress differently but instead either geolocate a digital design or provide an RFID tag to allow the mixed-reality glasses to render your preferences instead.

For those without the technology, the world would, I expect, devolve into a largely indistinct gray but with the glasses the finishes would only be limited by the imagination.

AI
But once we add AI we get the potential for rendered digital assistants, or familiars, taking the form of humans, animals, robots, or even magical creatures. Always with you, but only visible to others if you allowed it, they would see what you see and be able to answer questions and even have conversations with you (Amazon’s Echo has this feature in trial today). Eventually they could anticipate your needs and act in your stead. For instance, knowing that you like to order a case of wine when you find a new one you like at a restaurant this digital assistant avatar might automatically set up for your approval a case of the wine after you express a liking for it.

These virtual assistants could become companions, advisors, protectors (able to call for help automatically if you needed it), and even act rudely, while only visible to you, towards people that you don’t like. I can imagine your rendered virtual digital assistant double-handing rude gestures at your boss while he or she is dressing you down.

In concert with the emergence of a personal robotics market, the ability to overlay your personal robot with your rendered digital assistant will allow for the assistant to better interact with the real world. In effect, your digital assistant will not only follow you around, look and behave the same, but be able to use the robot’s ability to pick things up and move them. And, because the visible representation of that robot is virtual you could change its appearance at your leisure. I’m looking forward to be followed around by the robot from Lost in Space (Danger Will Robinson!).