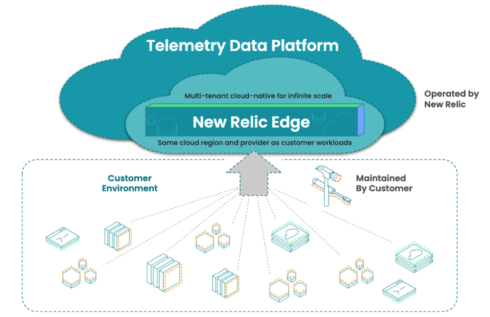 The solution is offered through the same cloud provider and region as customers’ cloud-based workloads, eliminating the need to deploy, manage, and scale third-party software, according to the company.

“New Relic Edge with Infinite Tracing was designed not only for customers to see all of their trace data, but also to make the lives of engineers much easier. Software teams need to remain focused on their main business priority, keeping digital services available to their customers — not the hassle of scaling the infrastructure to host their trace data,” said Andrew Tunall, the senior director of product management at New Relic.

As more software organizations are shifting away from monoliths and toward microservices, greater complexities are introduced through new dependencies, diverse frameworks, and different deployment mechanisms for the many microservices working at one time. This increased complexity makes it much more challenging for DevOps teams to find and diagnose issues and latency in their systems, New Relic explained.

“In many environments, the amount of trace telemetry that’s emitted across a distributed system easily crosses into the tens of millions or even hundreds of millions of spans per minute. The data egress charges (not to mention the data storage charges) can add up quickly,” New Relic wrote in a blog post.

New Relic also aims to eliminate the necessity to deploy and manage additional on-premise software by working in the cloud. The solution observes all of a workload’s trace data, and then forwards the most relevant data to New Relic for easy visualization in order for teams to find errors faster.