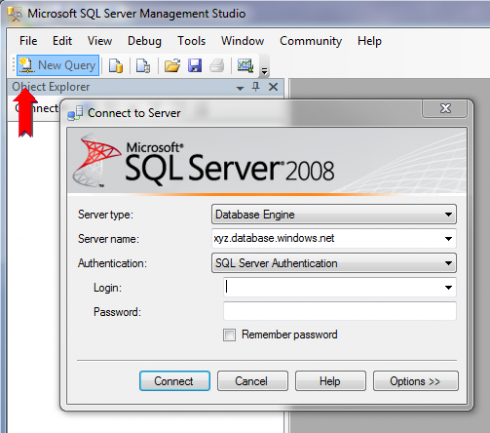 If you are still running Microsoft’s 2008 version of SQL Server, time is running out. The company announced support for SQL Server 2008/2008 R2 will end next month. What this means is that Microsoft will no longer be adding new features or providing security updates.

Once support ends, this will leave organizations still using the version more vulnerable to a hack attack. “If it happens to you, how would you like to explain to your CEO and shareholders that you were running unsupported software and that it might have led to a security breach?” Microsoft said in a video. Additionally, without security updates software can begin to break compliance requirements.

While there have been a number of new versions of SQL Server released since 2008, Elena Goryainova, senior data and analytics consultant at the digital transformation consultancy SPR, explained there are still many companies that rely on SQL 2008 to run their production databases.

According to Goryainova, the reason companies stay on an older version is because they don’t have the right skills or experience to lead a migration, administrators don’t want to touch anything if the app is working fine, they are afraid of breaking things or it becomes a budgeting issue.

However, end of support is only a few weeks away and these companies have to seriously start thinking about their next plan of action. Fortunately, once support ends there will still be a way for companies to continue to use SQL Server 2008, but the solution is only temporary.

“Because Microsoft understands how many people are still using 2008, they will offer some kind of paid support. This is just temporary. Microsoft does this right after July. If you still want to be secure and not have to worry about unpatched, unprotected or unsecure software, you can buy this extended support, but you have to immediately start planning how you get out of that support. This kind of support shouldn’t be something to consider long term, it is just a Band-Aid until you get something else,” said Goryainova.

One option is to migrate to Microsoft’s cloud service Azure, or another cloud service. Microsoft will enable users to rehost their 2008 and 2008 R2 workloads on Azure for three more years of security updates. According to Goryainova, this will give users the ability to take advantage of things like automatic patching and performance.

“I would recommend clients to really consider this option because it will not only save money, but also give the opportunity to move to a scalable platform on Azure as well as help prepare yourself for the future so you don’t end up in the same situation. When you are in the cloud, you always receive your upgrades and updates on time. You don’t fall behind,” she said.

There are, though, requirement and compliance reasons that keep organization’ data on-premises. For these situations, Goryainova recommended companies switch to version 2016 or 2017 of SQL Server because they already have initial patches and have reached a certain level of maturity. Anything older than 2016 or 2017 runs the risk of having to update or migrate again because early versions are very close to the end of support. Additionally, Goryainova said she would not wait for SQL Server 2019 to come out  because ideally you want to wait for the first set of security patches to come out before moving to a brand new version.

Once you decide on the version you are moving to, it becomes an issue on how you are going to make that change. The first thing Goryainova would suggest doing is to document the complete current state of the system. Typically organizations have a lot of data and different connections to that data as well as have a number of third-party systems integrated and tools to worry about, she explained

“All this software has to be compatible. What usually ends up happening is SQL Server is upgraded, but certain pieces that were not acknowledged during the migration phase all of a sudden broke and it is a complete surprise,” Goryainova added.

Other recommendations are to create a backup, make sure the third-party driver versions you are using still work, and capture the real production workflow of the existing SQL Server and replay it on a different version. “What I have seen happen is sometimes SQL Server is upgraded in a test environment and the application works, but then once it is in production there are 100 times more people and it doesn’t perform well.”

Additionally, she said to always have a rollback plan. “There are so many unexpected things that can happen especially with a SQL Server so many versions behind. Having a good rollback plan is key to success because even if you don’t quite get there on the first attempt, you are able to switch back. You don’t want to end up in the middle where nothing works,” said Goryainova.

More information on migrating away from SQL Server 2008 is available here.