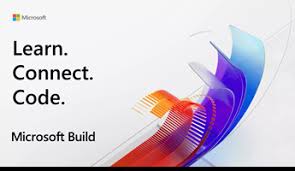 The virtual Microsoft Build conference continues to focus on bringing developers new and improved tools and services that provide impact and value.

The new tools and services announced throughout the conference include the ability to deploy AI capabilities in any environment with no prior coding experience, and improved connected productivity experiences.

Microsoft Project Reunion
The Project Reunion vision aims to evolve the Windows developer platform and make it easier to build apps that work across all Windows 10 versions and devices.

According to the company, it will unify access to existing Win32 and UWP APIs and make them available decoupled from the OS, via tools like NuGet.

Project Reunion supports all of an app’s use of modern software libraries for UI, AI, ML, packaging, frameworks, and libraries. Language projections for C++, Rust, C#, and JavaScript expands the benefit to all apps.

It’s a set of software tools that helps automate the process of getting software on a machine.

“Just about every developer has wanted a native package manager in Windows. That day is finally here. You are going to be able to winget install your way to bliss,” Microsoft wrote in a blog post that contains additional details.

“.NET MAUI is built with developer productivity in mind, including the project system and cross-platform tooling that developers need. .NET MAUI simplifies the project structure into a single project to target multiple platforms,” Microsoft wrote in a blog post.

Developers can easily deploy to any target including desktop, emulators, simulators, or physical devices with a single click. Users will be able to add any images, fonts, or translation files into the single project, and .NET MAUI will automatically setup native hooks.

“If you are a developer working on containerized workload that will be deployed in the cloud inside of Linux containers, you can develop and test these workloads locally on your Windows PC using the same native Linux tools you are accustomed to,” Microsoft wrote in a blog post.

Microsoft also announced that GPU hardware acceleration is coming to the Windows Subsystem for Linux 2 (WSL 2).

“The comprehensive Power Automate platform represents the next generation of RPA and is accessible to everyone in an organization, including coders and non-coders alike, through a low-code development environment,” Microsoft wrote in a blog post.