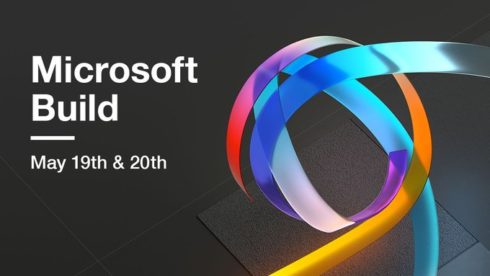 Federal guidelines on social distancing have prevented conferences from taking place for the past few months. But just because physical events can’t be held isn’t stopping many companies from still hosting their planned events virtually.

While many events have simply been livestreams of what the event would have been if it had gone on in person, several other event organizers have been a bit more creative about it to create more unique experiences, such as Austin Parker, principal developer advocate at LightStep, the organizer behind Deserted Island DevOps, a DevOps conference that took place within the Nintendo Switch game Animal Crossing: New Horizons and had over 8,500 attendees.

Microsoft has also taken a creative approach to taking its annual Build developer conference online. In an interview on SD Times’ podcast “What the Dev?” Scott Hanselman, partner program manager at Microsoft, explained Microsoft’s process behind transitioning Build to an online event.

He explained that when giving a talk at a conference, there is a lot of pomp and circumstance and everything feels big. “But that’s weird because we’re in our homes and we have headphones on,” said Hanselman. “So when we fundamentally sat down and thought about what Build needed to be, we wanted to figure out: how do you scale something to many, many, many thousands of people without trying to pretend that we’re all in a room together presenting to many thousands of different people.”

The answer to that question was to make Microsoft Build more one-on-one. This year’s event features a combination of live events that are a one-to-many stream, as well as one-on-one sessions for which attendees can reserve a seat.

“[Attendees] could go into a room with 10, 20, or 100 of their friends,” Hanselman said. “We’ve got yoga, we’ve got the student zone, and there’s interactions with humans that make you feel like you almost came to work for a new company and you’re onboarding and you’re running around and going to all these different places, without us trying to pretend that we’re in an expo center. We don’t have a picture of an expo center with fake rooms to click on and pretend that nothings changed. It’s an acknowledgement of the situation while still making people with headphones on feel like their good friends are chatting in their ear.”

Here are just some of the announcements Microsoft made at Build this year.

Windows Terminal
Windows Terminal 1.0 is now available for use. It allows users to use command-line tools and shells like Command Prompt, PowerShell, and WSL, in a modern and powerful terminal.

Features in 1.0 include Unicode and UTF-8 character support, a GPU accelerated text rendering engine, and custom themes, styles, and configurations.

Azure Cosmos DB
There are a number of updates to the NoSQL database Azure Cosmos DB. Microsoft is releasing Azure Cosmos DB serverless, which offers per-operation compute pricing. This will enable developers to manage intermittent usage in their apps in a cost-effective way.

Other new capabilities in Azure Cosmos DB include the ability for developers to bring their own encryption keys, recover data from a specific point in time, access Version 4 of Azure Cosmos DB’s Java SDK, and use new delete functionality.

Azure Cognitive Services
Microsoft has made several updates to Azure Cognitive Services that will allow developers to incorporate AI capabilities into their applications. It added an apprentice mode to Personalizer, which allows organizations to overcome the learning curve of the service. When in use, the Personalizer API will learn in real time and won’t be exposed to end users until it meets certain KPIs set by the operator.

Language Understanding now has an improved labeling experience, which Microsoft believes will make it easier for developers to build apps and bots that understand complex language structures. Language Understanding and Text Analytics sentiment analysis 3.0 are also now available for use in containers.

QnA Maker, a service that converts existing content like an FAQ page into Q&A pairs to produce knowledge bases, has introduced role-based access control (RBAC) and the ability to use rich text editors to control formatting.

It also allows developers to collaborate on the same codebase through Visual Studio, rather than having to deal with sharing screens over a conference call. “You probably do screen sharing all the time, but do you ever really do the thing where you request control and give you control of their machine? I don’t want control of your machine. I don’t know your whole thing, I don’t know your hotkeys. I want the code and the context, I don’t want your pixels. So yeah, absolute gamechanger, and also a lot lower bandwidth. I would be on my machine looking at your codebase, but your code never comes over to my computer and that’s what’s so cool about it,” Hanselman continued.

Microsoft Teams
Microsoft has added a Teams extension in Visual Studio and Visual Studio Code to make it easier for developers to build Teams apps for their organization. It also now has single sign-on for users and a new Teams Activity Feed API that provides an easier way to send app notifications.

Fluid Framework
Microsoft also announced that it will be open sourcing the Fluid Framework. The Fluid Framework is a set of technologies and experiences to make collaboration easier across Microsoft 365. It offers the ability for multiple people to author documents, a componentized document model, and allows for AI to work alongside humans to translate text, fetch content, suggest edits, and perform compliance checks.

Now that it is open source, developers will be able to use portions of the Fluid Framework in their own code.

Azure Active Directory (Azure AD) External Identities
This new security feature enables developers to build user-centric experiences for external users without needing to write double the code. This will make it easier for employees to collaborate with supply-chain parts in Microsoft Teams, SharePoint, and other line-of-business apps.

Azure Security Center
There are two major updates being released for Azure Security Center. First, Azure Secure Score API is now generally available. Secure Score provides an assessment of an environment’s security risk and offers actions to reduce risk. The second update is the availability of suppression rules for alerts that let operators hide alerts that are known to be safe in order to reduce alert fatigue.