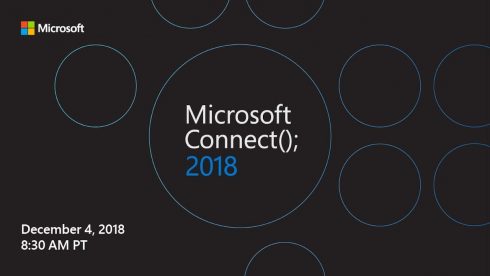 Microsoft wants to give developers the ability to do more with new tools and features announced at its Microsoft Connect(); 2018 conference today. The company went over new developer tools, open-source projects and serverless computing capabilities.

“As we share our new innovations for every developer at Connect(); 2018 today, I’m reminded that now, more than ever, we’re moving towards a world of ubiquitous computing where technology is responsible for transforming every consumer and business experience,” Scott Guthrie, executive vice president for the cloud and enterprise group at Microsoft, wrote in a blog post. “For developers, the opportunity to use technologies like AI, IoT, serverless compute, containers and more has never been greater.”

“When we talk about distributed applications, we are referring to an architecture for building applications using the rich array of cloud services and/or on-premises resources at our disposal,” Matt Butcher, principal engineer at Microsoft wrote in a post. “But distributed applications introduce a layer of complexity, using numerous resources, tracking different versions, and managing multiple environments. If we want to treat a distributed application as a single app, there are three distinct pain points we need to address.” CNAB addresses these pain points with the ability to manage discrete resources, sign and digitally verify a bundle, enable the export of a bundle and all dependencies and the ability to store bundles in repositories, Butcher explained.

The company also announced it will be donating its Virtual Kubelet project to the Cloud Native Computing Foundation, and open sourcing Windows Presentation Foundation, Windows Forms and WinUI XAML Library. In addition, Azure Database for MariaDB is now available.

“Whether you are building event-driven functions, running container workloads orchestrated by Kubernetes or simply managing APIs implemented on any platform, you can do it all without worrying about the underlying infrastructure,” Guthrie wrote.