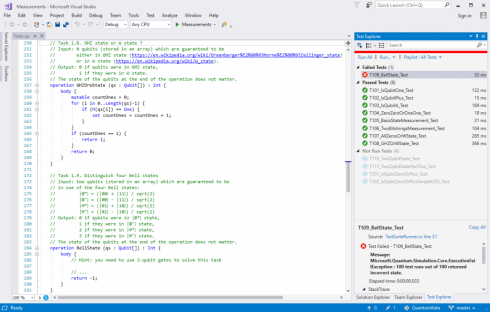 In order to give coders a head-start on quantum computing and learning its Q# programming language for quantum computing, Microsoft has launched the open-source Quantum Katas tutorial project.

As of today, the program covers the following topics:

The tutorials are available on the project’s GitHub repository, and users will need to install Microsoft’s Quantum Development Kit to get started.

“We hope you find the Quantum Katas project useful in learning Q# and quantum computing,” the company wrote in the announcement. “As we work on expanding the set of topics covered in the katas, we look forward to your feedback and contributions!”

This follows Microsoft’s first Q# coding contest earlier this month, which saw over 650 participants worldwide attempt to solve 15 quantum computing problems. Along with the katas, Microsoft says that these competitions are another good way for coders to prepare themselves for quantum computing to come.