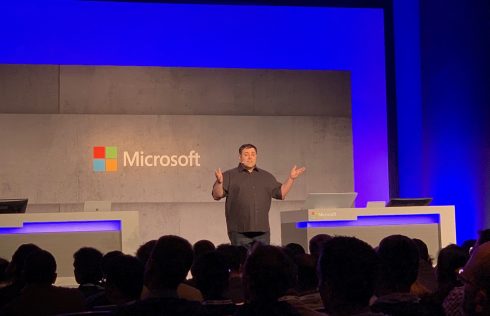 Microsoft is bringing Linux deeper into the innards of Windows with plans to embed its own open-source kernel into its widely used PC operating system for the first time. A future release of Windows 10 will have an embedded subsystem with the new Linux distribution developed by Microsoft.

Plans to include its internally developed kernel as part of the new Windows Subsystem for Linux (WSL) 2 surprised attendees at Microsoft’s Build conference in Seattle, where the company announced the plans. The once-unthinkable move to include any Linux technology in Windows was shattered two years ago, when Microsoft debuted WSL as a Bash command processor that runs in text shells.

Microsoft’s new homegrown Linux kernel for Windows 10, will first arrive in a  private preview release later this year. The company didn’t say whether it will appear in this Fall Windows 10 update or in a later release. The initial Linux kernel, will be based on the version 4.19 of the open source spec, the same distribution Microsoft uses in Azure.

Interestingly, Microsoft downplayed its internally developed Linux kernel, only mentioning plans to include its own Linux distribution in passing during the secondary keynote session during opening day of the conference to describe performance and compatibility improvements planned for WSL 2.

“We have now introduced a Linux kernel directly in Windows,” said Kevin Gallo, corporate VP for Microsoft’s Windows developer platform, the session. “All the distributions that are running against that Linux kernel gives us an unprecedented compatibility across all of them.”

Gallo emphasized that WSL 2 will bring an embedded Linux kernel into Windows for the first time. By comparison, the current WSL is based on an “emulation architecture.” Microsoft said it plans to release a private preview later this year.

In addition to claiming WSL 2 will significantly  boost file system I/O performance, WSL 2 will improve interoperability across different distributions, according to Gallo. “This gives us unprecedented compatibility,” Gallo said. Microsoft said it has focused on making the distribution is specifically to address performance and scale.

WSL 2 uses an enhanced form of virtualization, which enables Windows to run the Linux kernel from a lightweight VM, but not based on traditional VM experiences that require configuration and management, according to Microsoft’s Windows developer platform program manager Craig Loewen.

In another effort to boost the compatibility and performance of Windows 10, Microsoft announced it is teaming with Facebook and the React Native project. A new React Native for Windows will let developers quickly build UX components via React/web skillsets. The new feature will allow developers build JavaScript with native tooling. It will compliment Microsoft’s Xamarin and Xamarin.Forms for developers who prefer C# and XAML.

Meanwhile, in the imminent May Windows 10 update, Microsoft will include XAML Islands,  which will let developers connect their existing WPF, WinForms and native Win32 code to the enhanced UI. Building on this month’s release, Microsoft plans to release additional UI updates later this year. Microsoft also  said it will open-source its WinUI Library.

The Microsoft Edge browser, included with Windows 10, later this year will also appear with the new Chromium open source project created by Google. browser component. A new IE mode is designed to access sites that only render properly in Microsoft’s Internet Explorer within Edge, rather than launching IE. Microsoft underscored that it is part of its support for the Chromium open source project announced in December. Microsoft said said it will contribute any improvements back to the project.