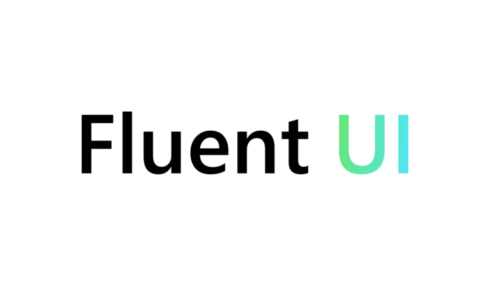 Microsoft has announced its UI library for web components UI Fabric will now be known as Fluent UI. According to the company, Fluent UI is a cross-platform design system that will speak a common language tacross Microsoft.

“Fluent UI will directly connect that effort to a broad set of products, through code, specifically the convergence of our most used web engineering frameworks – Fabric and Stardust,” the Microsoft 365 team wrote in a post.

RELATED CONTENT: How to solve your UI testing problems

Under this new direction, the two Microsoft repositories, UI Fabric and Stardust GitHub repos, will be merged and will live under the Microsoft GitHub organization as Fluent UI.

“This allows our teams to collectively work together on a shared code base with a shared set of build and development tools to support our products and community more efficiently. It also allows us to get to a single UI library for Microsoft 365,” Microsoft wrote.

Microsoft also said that its next major release will be the first batch of major changes in uniting collective efforts, and is targeted for summer 2020.

The next major release will focus on performance and theming. This includes improved runtime performance through styling optimizations, improved flexibility and composition of components, a more flexible and powerful theming system, and the elimination of deprecated React API usage.

“We’re bringing design and engineering together more than ever, to contribute to and leverage a shared foundation, and reach our shared goals. We’re not suggesting that one size fits all, and we got here honestly, so we must evolve collectively,” Microsoft wrote. “Our goal is simple—a shared foundation with open source engineering processes to create experience coherence, efficiency, and effectiveness. It enables us to do more with less.”

More details on the evolution to Fluent UI are available here.