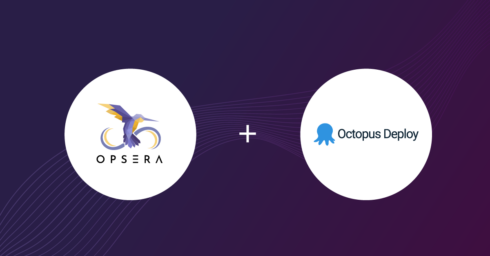 Opsera, the continuous orchestration platform for DevOps, has announced that it has entered into a partnership with the automated deployment and release management server, Octopus Deploy. This integration is intended to allow software delivery teams to quickly, securly, and seamlessly create a no-code orchestration layer for end-to-end software supply chain management.

With this integration, users gain several benefits, including increased velocity and reduced barrier to entry due to Octopus’ Configuration as Code solution that works to balance the power of Git with the usability of Octopus.

Additionally, customers possess improved security and compliance due to Octopus’ built-in manual intervention steps, which have been extended by Opsera. With this, software delivery teams gain reporting and tracking via a single source of truth in order to ensure compliance and audit measures are met.

Lastly, this partnership allows for users to gain access to customizable reporting and metrics. Octopus does this by providing dashboards that show you what version of an application is deployed to what environment. With this, users have the ability to see who deployed which release, to what environment, when they did it, and if it was successful. This feature is complemented by Opsera’s 100+ KPIs adhering to the set standards from DORA, DoD, and NIST DevSecOps metrics.

“The Opsera and Octopus integration offers the speed and control software delivery teams need to keep pace with modern DevOps,” said Vishnu Vasudevan, head of product at Opsera. “Multi-cloud and multi-environment deployments are challenging but proliferating in the enterprise. Combining the flexibility of tool choice and no-code automation of Opsera with OctopusDeploy’s exceptional deployment automation capabilities means release engineers and developers can deploy across environments faster, better and secure with strict security and compliance measures in place with 360-degree visibility from planning to operations including Value Stream Management.”

To schedule a demo and experience this integration first hand, click here.