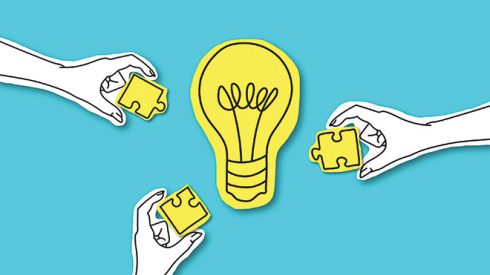 As open source has become increasingly more popular, companies have begun to adopt open source for the brand, but then try to go against the purpose of open source, according to Gordon Haff, a technology evangelist at open-source company Red Hat. “I’ve definitely been on a lot of calls where one of the first things I’ll ask business leaders is why do you want to be open source, and often the answer is: because our customers seem to like that, but we don’t want Amazon to compete with us. We don’t want someone else to compete with us. We want to be able to maintain some proprietary parts of our software,” he said.

Open source itself has never gotten away from its meaning, according to Vicky Brasseur, author of the book “Forge Your Future with Open Source.” The problem, she said, is that people haven’t bothered to learn or understand the true meaning of open source. “They make up their own definitions of open source, or they do it via the telephone game…and so the definition they’re working under in no way relates to what it actually is,” she said. According to Brasseur, the Open Source Initiative (OSI) defined open source over 20 years ago, and that is the one true meaning there is.

OSI’s open source definition states that open source goes beyond just accessing the source code. To be open source, the software must comply with the following 10 criteria:

“That is the one, the only, the worldwide recognized standard,” said Vicky Brasseur, author of the book “Forge Your Future with Open Source.” “Standards are very important because otherwise we can be using the same words and mean completely different things, and from a business perspective, that can be devastating for people to be using different words or the same word open source and meaning different things. There is no other definition of open source.”

According to Robin Schumacher, vice president of product at open-source monitoring solution provider Netdata, the reason why open source has been so successful is because of the social aspect of it. Unlike proprietary software, it’s collaborative. It’s community-oriented and community-driven.

There are ways for a business to successfully use open source to their competitive advantage while staying true to the nature of open source, but open source shouldn’t be adopted just because it makes a company look good. “Your primary responsibility as a business owner, as a founder, as a manager of an organization, of a business, of a company, is not necessarily to open source. It is to your business,” said Brasseur. “If you are starting from open source and then trying to reverse engineer a business out of that, you’re coming at it from the wrong direction.”

RELATED CONTENT: Making open source work for you and your business

According to Sacha Labourey, co-founder of enterprise software delivery company CloudBees, there are a number of models and tools today to make sure organizations are able to properly manage and govern the use of free and open-source software (FOSS). “We talk a lot about FOSS, but the reality is that it has been incredibly stable in how it operates and the value it provides. What has really been evolving fast are the various business models around FOSS,” he said.

One of the best and most proven models out there is the open core model, according to Schumacher. In the open core development model, vendors open-source a portion of their software, but surround it with proprietary offerings. While it is valid from a business model perspective, Red Hat’s Haff noted that it’s important to recognize the open core model makes things a lot harder for the community to do collaborative open development.

It takes a lot of time for people to figure out how to use the code, set it up properly and then maintain it, explained Angie Byron, core co-maintainer of the Drupal project, an open-source web content management framework. What companies like Acquia, a digital experience platform built around Drupal, and Red Hat do is provide a cloud platform that takes all the guesswork out for users and provides users with professional services and a support system.

When projects and vendors commercialize open source, they have to understand there are various levels of commitments and contributions they are going to get from the community. It’s not always about code contributions, Schumacher said. There are other ways the community can help out;.for instance, by doing testing, quality assurance, performance testing, bug reports, feature requests, forum contributions, meetups, and sharing best practices and pitfalls.

Giving back to the open-source community

Technology giants like Google, Red Hat and others have been the most successful in the open-source world because they embrace the developer. “The love of the developer, the understanding that the developer is the set of ground troops that takes the technology into a particular enterprise, ingrains it into the lines of business, then it begins to bubble up to the higher-ups who see the benefits of what’s going on or just the proliferation of this software, and have no choice but then to make a commitment to it,” said Netdata’s Schumacher.

A successful open-source vendor will provide a very smart and qualified developer relations staff, he explained. “You are going to need people who understand the spirit, mindset and everything of the developer community, of open source in general…” he said.

Schumacher has three pillars for a successful developer relations staff:

“The developer relations staff is absolutely critical for any vendor that wishes to work with open-source software, commercialize and be successful,” said Schumacher.

However, author Brasseur warns that while developer relations and open-source program offices can be beneficial, you have to make sure you are hiring the right or qualified people. “There are great people out there for this, but there aren’t nearly as many experienced people for this.” You can’t just hire internally because a developer contributed to an open-source project once, she explained.

Other ways organizations can give back or get involved in the community include getting involved in industry initiatives or open-source foundations. Organizations “have to change their mindset from, we’re just going to develop what we think we need to be competitive to let’s help develop what the industry needs,” said Eric Newcomer, CTO at WSO2, an API management company. “One of the reasons open source is so successful is because people can collaborate on a shared vision of a common problem that everybody has.”

It’s not as easy as telling organizations to give back though, Drupal’s Byron explained. She said you have to incentivize companies to give back.

At Drupal, the project created a contribution record where contributors and committers can show how they are helping to sustain the project and the Drupal Association. “Hammering on that is probably the best way to do it because companies are probably not going to contribute out of the kindness of their heart. They need to have an incentive that matches with their return on investment,” Byron said.

She also explained that contributing to open source not only helps solidify an organization as an expert in their field, but it helps gain and retain talent because many developers want to work for companies that make time for open source. Contribution credits can help weed out the true open-source experts from the pretenders. “If you are selling yourself as an AWS vendor, but you have no record of ever contributing to anything around the AWS ecosystem, it’s sort of like, well did you just take a test and now you’re calling yourself an expert versus if you can see the trail of this person making contributions, writing blog posts and such, it’s easy to choose between the two. One is literally establishing themselves as an expert,” Bryon added.

Open-source software in the enterprise

Red Hat’s 2021 State of Enterprise Open Source report found 90% of IT leaders are using open source in the enterprise, and 79% expect their use of enterprise open-source software for emerging technologies (edge, IoT, AI and ML) to increase over the next couple of years. The main drivers for adopting open source are infrastructure modernization, digital transformation, higher quality software, access to latest innovations, and better security.

This year, the company decided to ask respondents whether or not they look to see if a vendor contributes back to open source when looking to implement a new solution. Surprisingly, the report found that IT leaders not only care, but they are much more likely to choose a vendor who contributes. “That means the IT leaders are starting to appreciate the virtuous cycles that you have in open-source development,” said Gordon Haff, a technology evangelist at open source company Red Hat.

But barriers still remain with respondents citing level of support, compatibility, and lack of internal skills as top challenges to adopting open source.

Software solutions provider Perforce, which recently released a report on open-source opportunities with Forrester Research, believes that while open source has cemented its role as a critical agenda driver in the enterprise, not enough organizations are taking the necessary steps to optimize their OSS strategies.

“Without comprehensive and optimized strategies that govern the critical pillars of running OSS, organizations risk missing out on the benefits it can deliver, including greater flexibility and better efficiency, time to market for products, customer and employee experiences, and more,” the report stated.

While free and open, open source can be complex and require expertise to maintain, support and operate. According to the Perforce report, it’s important to partner with industry leaders to maximize open-source success through migration help, ongoing management and support. Additionally, an open-source strategy that can clarify the open source initiatives, governance, role of internal resources and external support can help pave the way for open source in the enterprise.

“Finding success with open-source software as an enterprise organization requires a fully formed strategy – especially as it applies to critical areas like support,” said Rod Cope, CTO at Perforce Software