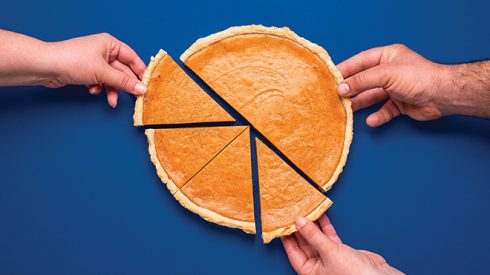 Earlier this year, Elastic reignited the open-source licensing debate when it announced it would be changing its license model to better protect its open-source code. Over the last couple of years, a number of companies — including Redis Labs, MongoDB, Cockroach Labs, and Confluent — have been switching their open-source licenses to avoid what they call “the big code robbery,” where cloud providers like Amazon take their successful open-source project, adopt and profit off it as a cloud service without giving back to the community.

“Cloud vendors do not care about monetizing FOSS projects, they are about getting more workloads running on their infrastructure — hence, to be the preferred destination for such workloads,” said CloudBees’ co-founder and chief strategy officer Sacha Labourey.

Confluent created a new community license, and MongoDB announced its Server Side Public License (SSPL) to combat cloud providers. In January, Elastic announced it would move its Kibana and Elasticsearch open-source projects to a dual license under the Elastic License v2 and SSPL.

RELATED CONTENT: Open source is a community, not a brand

However, these new licenses that companies are switching to are not considered open source by the Open Source Initiative’s standard, leaving many in the industry to wonder where these companies now stand with open source.

“These new ‘source available’ licenses contain restrictions to prevent cloud infrastructure providers from building a service out of their code. Early efforts like the commons clause limited ‘commercial use’ broadly and users found that the license language ‘created some confusion and uncertainty.’ Recent efforts by Elastic and others are more surgical. They simply attempt to restrict users from standing up the software alone as a service. The goal of these new licenses is to continue to capitalize on the widespread availability of the software and its source code to gain future customers while shutting out competing SaaS services based on the same code,” Justin Colannino, director of developer policy and counsel at GitHub, wrote in a post.

According to Stephen O’Grady, principal analyst and co-founder of the developer analyst firm RedMonk, while it can be upsetting, the cloud providers are not actually abusing open-source projects if they are still abiding by the rules of the open-source license. “If project owners don’t want certain parties to be able to use their software, they shouldn’t be using open-source licenses,” he said.

MongoDB argues that under SPPL, developers are still able to access, use, modify and redistribute its code. “We adopted the SSPL license to protect our right to build an innovative business in the Cloud era. We wanted to counter the threat of hyperscale cloud vendors taking our free product and offering it as a service without giving anything back,” said Dev Ittycheria, CEO and president of MongoDB.

Tomer Levy, CEO of Logz.io, a cloud observability platform provider, argues that changing licenses shakes the entire foundation of the open-source philosophy and shows that those in control of popular projects have the ability to take these projects away from the community at any time. “We were disappointed to hear about Elastic’s decision to change to a license which is not truly open source. This is a slap in the face to the engineers that helped build the community and make the open source software the staple that it is today,” he said.

O’Grady added that changes like these have the potential to blur the definition of what is and isn’t open source, creating more uncertainty in the space. “If these companies genuinely want to protect open source, they would actively and aggressively maintain a bright line of distinction between their source available, proprietary licenses and genuine open source alternatives.,” he said.

Elastic made the decision to no longer refer to Elasticsearch or Kibana as open source and instead refer to the project’s as free and open. “While we have chosen to avoid confusion by not using the term open source to refer to these products, we will continue to use the word ‘Open’ and ‘Free and Open.’ These are simple ways to describe the fact that the product is free to use, the source code is available, and also applies to our open and collaborative engagement model in GitHub. We remain committed to the principles of open source — transparency, collaboration, and community,” the company explained in a post.

Red Hat’s Haff actually thinks it can be a good thing if a project is successful and popular enough that a big public cloud provider is going to try to compete with it. “There’s a saying in the open-source space that your biggest challenge isn’t to be competed with, it’s to have no one know or care what you do,” he said.

Some ways to combat the cloud providers, other than changing your software licensing model, is to form innovation partnerships with the cloud vendor so there’s a window where they can’t just steal your functionality and hopefully during that window the project innovates and moves past the threat.

Drupal’s Bryon thinks creating a form of Creative Commons for open source could help categorize open-source projects into projects that are free to use, projects that require attribution and so on and so forth. “That sort of thing around open-source licenses could be really interesting to explore, because it would allow the expression of what these different projects are trying to do, but through the singular lens of this organization that has proven its importance and it’s credibility within the community,” she said.

She also suggested creating social pressures on these companies to do better. WSO2’s Newcomer thinks we are already seeing Amazon react and change. In response to Elastic, the company created OpenSearch, an open-source fork of Elasticsearch and Kibana, and it is working with the industry to support and maintain the project long-term. Additionally, New Relic recently contributed Pixie, the open-source project for Kubernetes-native observability, to the Cloud Native Computing Foundation, and expanded its relationship with Amazon to run Pixie on AWS.

Amazon “is the lead right now in this market. They have the capability to just take a leadership position in solving new problems through collaboration and open source,” said Newcomer. “What we need is more standard ways of interacting with them, standard platforms that all cloud providers should implement to solve the problems in the way of people so they’re not in this situation of having to pick and choose, which is difficult for everyone.”