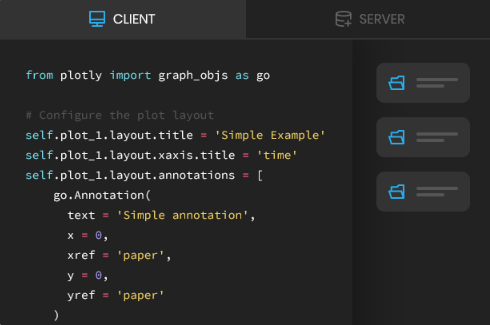 Traditionally, developing and deploying web applications doesn’t require a developer to know just one language. An app can be built using multiple languages and frameworks, and this can shut out many beginner developers and slow down development. Anvil’s platform aims to reduce those bottlenecks and enable developers to develop and deploy an application using just one language, Python, which is known for being one of the easiest programming languages to learn.

Anvil allows development and deployment in a number of different ways. Developers can build and deploy apps in Anvil’s cloud or on their company’s server, export apps and host them locally with the Anvil App Server, or build an app from scratch using a text editor rather than Anvil’s IDE.

“Anvil’s goal is to fix web development, by making it easier and faster for the world’s growing base of Python developers to create web apps,” said Meredydd Luff, Anvil’s CEO and co-founder. “By extending our platform and embracing open source, we’re enabling developers to create their own apps in the Anvil Editor, export them and run them anywhere on their own hardware with our new App Server. This gives developers even more choice and control. It also enables apps to run without needing an internet connection, making it ideal for IoT applications, remote locations or offline enterprise deployments.”