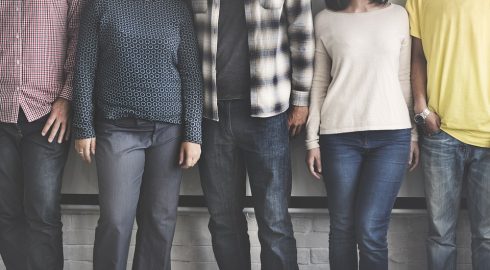 In February 2000, I had been covering the technology space for all of 2½ months. As the newly minted executive editor of the nearly minted SD Times, I was sent by then editor-in-chief Alan Zeichick to cover the Linux World Conference and Expo. He said I might be interested in seeing a different side of development. I wasn’t sure what he meant.

Since my hire in September 1999, I had already attended a Java Business Expo (lots of Sun news and a Penn and Teller show!) and the ebusiness conference and expo (think Lotus Notes and productivity). There were huge expo halls, booths filled with engineers having discussions about using the latest Java technologies that would modernize and transform how business is done. (Sound familiar?) Then, I was assigned to the Linux World Expo. While there were vendors on hand (mostly offering different Linux distros), the feel was different. The first two events were clearly aimed at getting business done, and showing off the tools that would make that happen. Linux World felt like Thanksgiving with the family — everyone feels good about being together, but the bickering never stops! A big issue that day was fragmentation.

Linus Torvalds was on hand to assure people that because of the open-source license, all modifications to Linux would have to be shared with the entire community, preventing — in theory — any one version from dominating. Kumbaya!

But on the other side were companies like Red Hat and SUSE Linux and the now-defunct VA Linux Systems, who had received massive capital infusions and needed to find ways to differentiate their offerings to make money. This, it was feared, would result in Linux distributions that did not work well with others. Interestingly, Sun was facing those same challenges with Java — companies such as IBM, Oracle, BEA, Gemstone, Bluestone and about 25 more agreeing to “cooperate on standards, compete on implementation.”

Open source was too immature, and too fractured, to be taken seriously in Fortune 500 companies. Back then, they purchased their IT from IBM, or SAP, or Siemens, or Microsoft, and paid big dollars for service. Back then, not every company was a software company.

At that Linux World, as compared to the other two technology events I had covered in my life to that point, I noticed a decidedly different look among the attendees. Gone were the businessmen. In their place were over-caffeinated, under-bathed, zombie-looking creatures called “software developers.” They were scary. They preferred solitude and darkness. They were pallid and showed signs of eating poorly. Surely, businesses would never bet the farm on people like these. They were hackers, for crying out loud!

But then, as the years rolled on, something magnificent occurred. More, and less restrictive, licenses for using open-source software emerged. The Apache License gave developers the opportunity to alter open-source code and not have to return their modifications to the broader community. This made using open source a viable option for businesses.

Suddenly, enterprise developers were finding that they could solve their own problems, use software created by their peers and modify it to create real business value. On the one hand, this created a shadow IT problem. On the other, it took open-source out of the shadows. Companies began to form around open-source projects, offering premium service and functionality on top of the projects. It exploded.

I remember talking to other technology reporters in 2000, asking if they thought Linux had a commercial future. Some saw the uptake in server rooms and were certain of it. Others believed Linux advocates to be nothing more than anti-vendor zealots and hobbyists who would rather write software themselves than pay for it, and that’s where open-source would remain.

Well, it’s easy to see that open-source has won the day. Yes, there still is room for packaged software. Microsoft’s Office 365 is big business, and Oracle still reaps big dollars from its ERP installations, to highlight but a couple of examples. But every year, reports show that more open-source code is making its way into enterprise software. The early vision of those pioneers highlighted in this issue’s special report has come to fruition.

I’m sure they are most satisfied.