Report: The benefits of open-source software go beyond cost 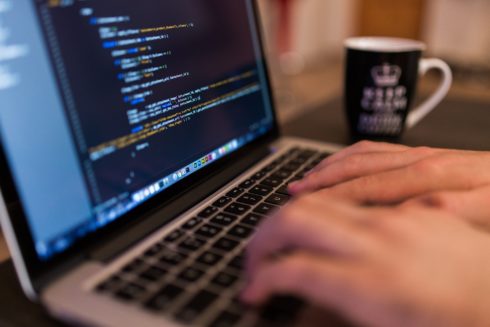 Open-source adoption is not slowing down within enterprises. A recent report found 95% of enterprises are taking open source seriously, with 75% of them reporting that open-source software is extremely important to their IT strategies. That number is up from 69% last year.

The 2020 State of Enterprise Open Source by Red Hat is based off of 950 interviews conducted with IT leaders worldwide.

“For our second annual report, we wanted to know more. With 95% of IT leaders agreeing that enterprise open source is important to their enterprise infrastructure software strategy, it’s safe to say we don’t need to ask ‘if’ anymore. We need to ask ‘why’ and ‘how,’” Jim Whitehurst, president and CEO of Red Hat, wrote in the report.

The report also found that the amount of enterprises looking to increase their use of enterprise open-source software grew from 59% to 77% this year. In comparison, proprietary software adoption is declining. Last year, about 55% of respondents reported using proprietary software. This year, that number is at 42% and Red Hat expects it to go down to 32% in the next two years.

The top areas where open-source software is being applied within the enterprise are security, cloud, database, and big data and analytics. Enterprises are also looking to leverage open source for IT infrastructure modernization, application development, and DevOps.

“When asked to choose the top three benefits of enterprise open source, the IT leaders we surveyed highlighted three areas. The first was the quality and security of the software. In other words, traditional enterprise software attributes. The second was forward-looking capabilities. So benefits like access to the latest innovations and working with cloud-native technologies. The third was lower cost of ownership,” Gordon Haff, technology evangelist at Red Hat, told SD Times.

However, despite the growth and interest in open source, there still are challenges when adopting it. The report found security of the code, level of support, compatibility, and lack of skills as the top perceived barriers of adoption.

“To be sure, some of these responses could apply to just about any type of software. But open source can tempt companies to try to self-support even though they don’t really have the expertise and even though building infrastructure isn’t a core competency of theirs. That’s where enterprise open source comes in,” said Haff. “In terms of using open source software–but really software generally–security is an ongoing challenge. Many tools exist to help with securing software and its supply chain. However, they’re not deployed as widely and systematically as they should be and there are probably too many tools solving narrow point problems.”

Haff suggested looking at trusted sources for software and dependencies as well as having automated tools built into the pipeline that can detect any unpatched vulnerabilities.

Beyond cost, the benefits of open-source software include: higher quality of software, lower costs of total ownership, better security, and access to latest innovations, according to the report.

“I think at least some people still look at open source through the lens of downloading code off the internet and assembling it themselves. It’s important to know that most organizations will get the greatest net value from open source by primarily using supported enterprise open source,”said Haff.

The report also looked at how enterprises are dealing with their legacy applications compared to more modern applications. Cloud-based apps outnumber legacy apps 61% to 39%, according to Red Hat.

“While open source is still a new concept to some, it has been and will continue to be, the driving force behind much of the innovation we are seeing today around cloud computing, automation, artificial intelligence, big data, and machine learning. All of the megatrends happening in technology are user-driven and playing out in open source first,” Whitehurst wrote.