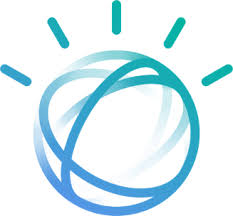 IBM has announced that the ABAP SDK for IBM Watson is now available. The open-source project is designed to allow developers to use IBM Watson Developer Services within SAP environments and directly from Advanced Business Application Programming (ABAP) code.

“This kit specifically supports developers who want to embed capabilities from IBM Watson directly within their SAP landscapes,” Bradley Knapp, an offering manager for IBL Cloud for SAP and IBM Cloud and Cognitive Software, wrote in a post. “The ABAP SDK for IBM Watson is a community-driven SDK created for the ABAP open source community by ABAP specialists from across IBM.”

Features include: the ability to query IBM Watson Developer Services through an ABAP codebase, classes, methods and data types; and pre-built examples and sample code for fast development. In addition, the project has been pre-tested on SAP Cloud Platform ABAP Environment 1911, SAP ECC 6.0 EhP08, SAP S/4HANA 1709, 1809 and 1909, IBM explained.

The community-driven ABAP SDK reflects our cross-business initiatives to bring these latest capabilities to IBM-SAP customers, balancing the security with the business needs to move faster and differentiate by leveraging the full portfolio from IBM Cloud for SAP,” Knapp wrote. “An IBM team created this community SDK to help address the needs of SAP customers, and their developers, worldwide who use ABAP and want to enable their business with new capabilities.”

Report: Companies are slow to make transition to SAP S/4HANA