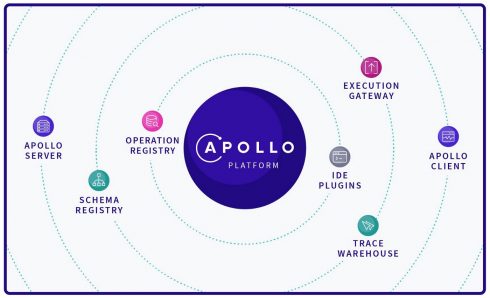 Apollo made its GraphQL Platform open-core this week, making the platform’s core GraphQL development capabilities free and open source, with additional commercial plugins for purchase. Matt DeBergalis, co-founder and vice president of product at Apollo, explained the release takes into consideration many of the proposed GraphQL standards that Apollo and users of their platform have started to outline.

“It builds on our core open source and Apollo Engine technology to give organizations at all stages of development the tools they need to adopt GraphQL incrementally, on top of the code and services they already have, all while baking in the best practices and workflows we’ve learned from working with teams moving to GraphQL,” DeBergalis wrote in the announcement.

With the open-core release comes new features designed to aid collaboration, DeBergalis explained, including the schema registry, a central point for collaboration and truth confirmation, and the trace warehouse, which logs operations made against the schema.

Also available to open-core users is the VS Code plugin, which DeBergalis explained “puts valuable information about your schema — like the average latency of a specific field — right at your fingertips at development time.”

The last of the features available to open-core developers under the “community edition,” which encompasses all of the free features of the Apollo GraphQL Platform, are:

Going forward, Apollo has plans in place for which features will be included in the free and paid functionality of its platform.

“Core technology that implements the GraphQL spec and the standard resolver-based programming model stays in open source, such as Apollo Client and Server,” DeBergalis wrote. “Additionally, our building blocks and low-level libraries, like CLI tooling for codegen and the Apollo language server, work best as common implementations shared across the community, so they will continue to be open source and free forever.”