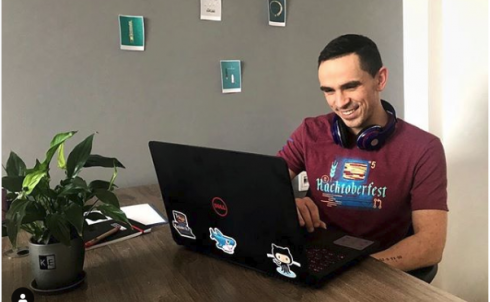 While not exactly an open-source project, Hacktoberfest is a monthlong celebration of open-source software, and provides many contributions to the open-source community. The sixth annual Hacktoberfest won’t be taking place until October, but organizer DigitalOcean wants to help developers looking to get in on the festivities this year by providing developers with a few things to know before they release their repos into the public.

“The first idea of Hacktoberfest, and it’s what DigitalOcean is focused on, part of our core strategy, is open-source focused and giving back to the open source community, because this is such an important place to be and we benefit so much from it, so we want to give back as well,” said Daniel Zaltsman, senior developer relations manager for DigitalOcean.

Last year’s Hacktoberfest saw more than 105,000 developers from more than 150 countries contributing to over 400,000 GitHub repositories.

Zaltsman thinks developers should start talking to their managers about participating in Hacktoberfest as early as possible. “Companies see the value of giving their employees time to give back and it’s just important to have these conversations early on,” he said

In addition to making the time, Zaltsman recommends that developers think ahead about the projects they’d like to call attention to during the events.

“The most common reason developers don’t complete the Hacktoberfest challenge is they don’t have enough time,” he explained. “Make it your goal to schedule out time in October to work on open source.”

“Throughout the year, think through the projects you are putting out for contribution – if any could be reserved for Hacktoberfest make sure you set them up accordingly,” Zaltsman continued. “Labelling issues as ‘Hacktoberfest’ in your GitHub repo increases the likelihood that contributors will find their way to your project. If that is your intention, it’s important that your project has a CONTRIBUTING file to help new folks get their hands dirty.”