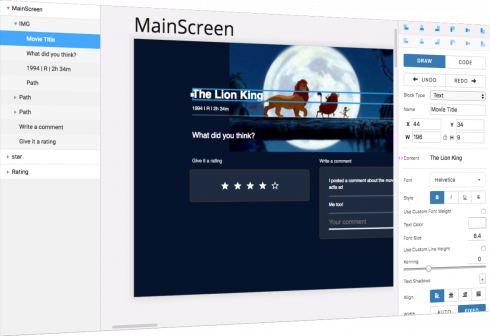 Though Pagedraw closed its doors as a business at the beginning of this month, the web-based React UI building utility lives on as an open-source project. The project was designed to provide an “effortless” way to design a UI, down to supporting mock-up import from similar applications Figma and Sketch.

After designing or importing a UI in the application, Pagedraw can export them as JSX code.

There is a catch. In the farewell post on the tool’s now-defunct website, developers Jared Pochtar and Gabriel Guimaraes admitted the faults in their vision.

“Ultimately, we think Pagedraw is the wrong product. We think you can get 90% of the benefits of Pagedraw by just using JSX better,” the duo wrote. “Our findings on this will be controversial, as they go entirely against the current ‘best practices,’ so we’ll save them for a later blog post.”

Though users can still export all of their active projects through April, the team recommends not using Pagedraw as part of a serious production pipeline. The project is no longer in active development, but the team does enthusiastically ask that enterprising individuals “please fork and use it for something cool!”