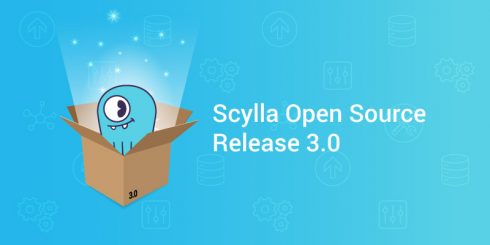 With data having an impact on almost every part of today’s business, Scylla wants to make sure applications are powered by a database that can handle the influx of data without compromising performance.

Scylla is a NoSQL database that provides low latency, always-on availability, high throughput, is scalable, easy to use, and community-backed.

“Scylla is an open source NoSQL database that offers the horizontal scale-out and fault-tolerance of Apache Cassandra, but delivers 10X the throughput and consistent, low single-digit latencies. Implemented from scratch in C++, Scylla’s close-to-the-hardware design significantly reduces the number of database nodes you require and self-optimizes to dynamic workloads and various hardware combinations,” Peter Corless, technical marketing manager for Scylla, wrote in a post.

A key aspect of the release is Scylla’s Materialized Views. Materialized Views are able to automate tedious manual chores for maintaining data, such as dealing with a number of tables that organize the same data in different ways. According to the team, often times the consistency of the data can be complex or lead to slow app logic. To deal with this, Scylla’s Materialized Views take the complexity out of the apps and put it into the servers. “This approach makes it much easier for applications to begin using multiple views into their data. The application just declares the additional views, Scylla creates the new view tables, and on every update to the base table the view tables are automatically updated as well. Writes are executed only on the base table directly and are automatically propagated to the view tables. Reads go directly to the view tables,” Corless wrote.

The 3.0 release also introduces production-ready global secondary indexes that scale to any size distributed cluster. According to the team, this is a better alternative to the local-indexing approach from Apache Cassandra. It takes advantage of a Materialized View index so that it can be independent from the nodes in a cluster.

Other updates include allow filtering for a more complex query; a new file format for more performant storage; and hinted handoffs.