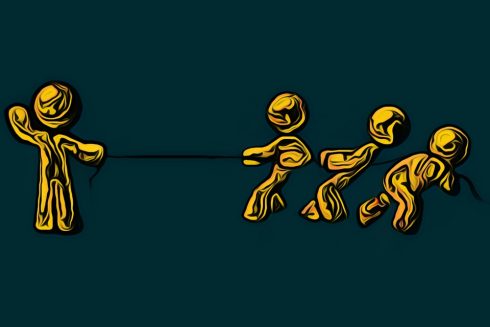 The Server Side Public License (SSPL) is not being welcomed into the open-source community with open arms as its creator, MongoDB, had hoped. But that’s not stopping the SSPL from getting the support it needs.

MongoDB first announced the release of the new software license in October as a way to protect itself and other open-source projects like it from being taken advantage of by larger companies for monetary gain.

At the time, MongoDB co-founder and CTO Eliot Horowitz explained: “This should be a time of incredible opportunity for open source. The revenue generated by a service can be a great source of funding for open-source projects, far greater than what has historically been available. The reality, however, is that once an open-source project becomes interesting, it is too easy for large cloud vendors to capture most of the value while contributing little or nothing back to the community.”

Other open-source businesses have developed their own licenses or adopted others in recent months, citing the same issues. However, the problem with these new licenses is that if they are not approved by the Open Source Initiative (OSI), an organization created to promote and protect the open-source ecosystem, the software behind the license is technically not considered open source, and it will have a hard time getting acceptance from members in the community.

Matt Asay, head of developer ecosystem for Adobe, recently tweeted: “Someone asked me today if MongoDB is still open source. I thought he was joking but since October 16, 2018, MongoDB is no longer open source. It’s SSPL-licensed, which is not an OSI-approved license. It’s open-ish, but not open source. This genuinely makes me sad.”

MongoDB originally submitted SSPL to the OSI, but failed to get approved. According to Mark Wheeler, a spokesman for the company, this is just part of the process. The company has been listening to feedback from the community, and has submitted an amended version of the license, which is still under review by the OSI. “We firmly believe that the SSPL meets the tenets of open source, and in the era of cloud computing, there needs to be some shift,” Wheeler said.

In the meantime, open-source company Red Hat announced it was updating its “bad licenses” list to include SSPLv1, meaning any software included in the company’s Fedora Linux distribution would not be allowed to include the license.

“It is the belief of Fedora that the SSPL is intentionally crafted to be aggressively discriminatory towards a specific class of users. Additionally, it seems clear that the intent of the license author is to cause fear, uncertainty, and doubt towards commercial users of software under that license. To consider the SSPL to be ‘Free’ or ‘Open Source’ causes that shadow to be cast across all other licenses in the FOSS ecosystem, even though none of them carry that risk,” Tom Callaway from Fedora’s legal team wrote in a post.

Given the nature of Red Hat, Wheeler is not surprised about this decision and noted that developers typically get MongoDB software directly from MongoDB, so MongoDB isn’t worried and hopes it can get OSI-approval soon.

“We respect the process and the organization, and we are just trying to be as candid, open and participate as much as possible,” Wheeler said.