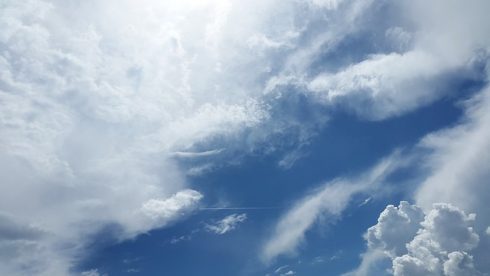 Open-source companies are tired of being pushed around by cloud providers and technology giants. As a result, these companies are taking measures into their own hands with the development of new software licenses for their projects.

For instance, earlier this year a group of businesses and developers came together under the Commons Clause, a initiative meant to add restrictions that limit or prevent the selling of open-source software.

However, this license was not widely accepted by the open-source community because it violated the meaning of open source under the Open Source Initiative’s definition.

Following the Commons Clause, MongoDB announced the Server Side Public License (SSPL) — a new software license designed to protect MongoDB and other open-source software against costly litigations and other software problems. “This should be a time of incredible opportunity for open source. The revenue generated by a service can be a great source of funding for open source projects, far greater than what has historically been available. The reality, however, is that once an open source project becomes interesting, it is too easy for large cloud vendors to capture most of the value while contributing little or nothing back to the community,” Eliot Horowitz, CTO and co-founder of MongoDB, wrote at the time of its announcement.

SSPL is currently under review to become an Open Source Initiative-approved license.

“MongoDB is trying to address the exact same issue that Commons Clause does: unfair competition by cloud providers, who are monetizing successful open-source projects to which they contributed very little (if at all). They take advantage of these projects by packaging them into proprietary service offerings, selling them and making substantial income — all while using their monopolistic power to compete with the very same companies that sponsor and develop those projects,” Bengal said.

Now, Apache Kafka software provider Confluent has announced the Confluent Community License, a new license that will enable users to download, modify and redistribute code, but will not allow users to provide the software as a SaaS offering, explained Jay Kreps, CEO of Confluent. The new community license is meant to replace the Apache 2.0 license for certain components of the Confluent data streaming platform, but will not affect the use of Apache Kafka, which was developed by the engineers at Confluent.

“What this means is that, for example, you can use KSQL however you see fit as an ingredient in your own products or services, whether those products are delivered as software or as SaaS, but you cannot create a KSQL-as-a-service offering. We’ll still be doing all development out in the open and accepting pull requests and feature suggestions. For those who aren’t commercial cloud providers, i.e. 99.9999% of the users of these projects, this adds no meaningful restriction on what they can do with the software, while allowing us to continue investing heavily in its creation,” Kreps wrote in a blog post.

“We think it is a necessary step. This lets us continue to invest heavily in code that we distribute for free, while sustaining a healthy business that funds this investment. I’ll explain why both of these things are important,” Kreps wrote.

“The major cloud providers (Amazon, Microsoft, Alibaba, and Google) all differ in how they approach open source. Some of these companies partner with the open source companies that offer hosted versions of their system as a service. Others take the open source code, bake it into the cloud offering, and put all their own investments into differentiated proprietary offerings. The point is not to moralize about this behavior, these companies are simply following their commercial interests and acting within the bounds of what the license of the software allows,” he added.

Additionally, time-series SQL database provider Timescale announced its own mission to fight off cloud providers with the development of the Timescale License (TSL). The company has started to build new open-source features that will be made available under the TSL.

“Some of these new features (‘community features’) will be free (i.e., available at no charge) for all users except for the <0.0001% who just offer a hosted “database-as-a-service” version of TimescaleDB. Other features will require a commercial relationship with TimescaleDB to unlock and use for everyone (‘enterprise features’),” Ajay Kulkarni, co-founder and CEO of TimeScale, wrote in a post.

As part of its mission, it will develop new features under open source, community or enterprise categories. “Software licenses like the TSL are the new reality for open-source businesses like Timescale. This is because the migration of software workloads to the cloud has changed the open-source software industry. Public clouds currently dominate the space, enabling some of them to treat open-source communities and businesses as free R&D for their own proprietary services,” Kulkarni wrote.

In addition, Kulkarni explained that although Timescale is a huge advocate for open-source software with its database built off of the open-source PostgreSQL project, he finds it difficult for open-source projects to maintain long-term sustainability. “Many OSS projects start from within and are nurtured by much larger corporations, or develop as community projects relying on external sponsors or foundations for financial support. These backers can be fickle. And building complex software infrastructure requires top-notch engineers, sustained effort, and significant investment,” he wrote.

The company hopes to address long-term sustainability as well as the wants and needs of the community with the new license and the availability of proprietary and community features. The open-source features and community features will be made publicly available for free, while the enterprise features will require a paid relationship in order to generate revenue and help Timescale become self-sustaining, according to Kulkarni.

While all these efforts have the same common goal in mind, which is to prevent or limit cloud providers from taking advantage of their work, not everyone in the open-source community is happy with the way things are being handled.

Chris Lamb, current project leader of the Debian project, explained that the companies associated with these open-source projects are not looking at the big picture when they start implementing their own licenses. “Efforts like the Commons Clause and SSPL do not begin to address the problem as (amongst many other reasons) they are not free software licenses, assume a ‘zero sum’ attitude towards the world and ultimately are a short-sighted & retrograde step for the companies that are promoting them,” he wrote in an email to SD Times. Lamb believes the licenses ignore the principles and people that have supported the open-source community for past couple of decades in favor for fiscal elements.

But Lamb does agree that the threat of cloud providers taking over is an ongoing threat to the open-source community. “I believe that some free and open source software is in danger of being taken over by companies that do not share the values of the communities in which they participate in,” he wrote.