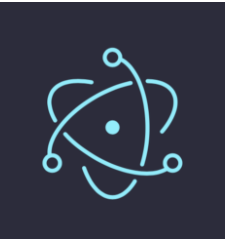 The new version of Electron JS includes upgrades to Chromium 87, V8, 8.7, and Node.js 12.18.3 as well as support for Apple silicon and general improvements.

Other improvements include an added V8 crash message and location information to crashReport parameters and improved performance for sending wide objects over the context bridge.

Additional details on all of the changes are available here.

No Code App Generator, CodeBot UX is available to early access users
With CodeBot, users can generate full-stack applications from a domain model, while its newly engineered UX components allow users a smoother and centralized approach towards app generation.

CodeBot can also automatically host one’s generated web application in the cloud with the click of a button. CodeBot UX initially targets React, but will soon build equivalent user interfaces for React Native, Vue.js and Angular.

Build.security emerges from stealth with $6 million in backing
Build.security aims to dramatically simplify the process of building authorization and cutting down development time with its open policy agent-powered authorization policy management platform.

The company’s solution offers a unified pane of glass that enables developers to easily author, evaluate, distribute and monitor policies at scale, policy-as-code, which allows developers to express authorization policies with a no-code drag-and-drop policy builder or through a low-code declarative language.