The future of software development in 2018 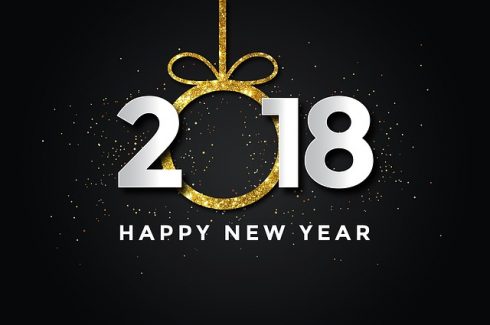 Software development went through leaps and bounds this year with new advancements and innovations in artificial intelligence, containers, security, applications and more. With 2017 coming to a close, we asked software development luminaries and thought leaders to forecast what is next for this space in 2018.

Aruna Ravichandran, VP of DevOps product and solutions marketing at CA technologies:
We will continue to see end-users make a tighter connection between a company’s brand and the quality of its code, based on their experiences across a company’s applications.  As a result, more organizations will look to integrate security into development and intensify their automated continuous testing efforts/shift testing left to earlier in the SDLC as they work to release higher quality code, faster. Additionally, businesses will look to increase their adoption of digital experience monitoring and analytics solutions to help them understand how users are using applications and apply enhancements that optimize experiences

Security budgets will increase focus on application security. Major breaches like Equifax and Uber have shone a light on organizations that are not doing nearly enough to secure their software supply chain. Today, every organization has an Equifax problem and it has created room for even more budget towards improving all aspects of application security.

Kostas Tzoumas, co-founder and CEO of Data Artisans
Enterprises will invest in new products and tools to productionize and institutionalize data stream processing. As companies are moving real-time data processing to large scale both in terms of data processed and number of applications, they will need seek out new tools that make it easy to run streaming applications production and reduce the manpower, cost and effort required.

Patrick McFadin, vice president of developer relations at DataStax:
“Data Autonomy” – fear of the big cloud players will become the main driver for large digital transformation projects. More and more brands will want data autonomy in a multi-cloud world in order to compete and stay ahead. The need and urgency to meet the big cloud players head on with data driven applications will intensify.

For most of the past decade, key areas of technology have focused on improving developer productivity. This includes cloud vendors like AWS, data management vendors like Hadoop, NoSQL, and Splunk, and infrastructure like Docker, Mulesoft, Mesosphere, and Kubernetes. Why? Developers have been the craftspeople responsible for digitizing key areas of society by recasting them as software. Now vendors will start to focus on a new group of users: data consumers. For every developer there are 10 data analysts, data scientists, and data engineers, totaling over 200M today and growing rapidly. Everyone likes to say “data is the new oil”, and while products like Tableau have catered to the visualization of data, but there are many steps in the “data refinery pipeline” that are still IT-focused and 1,000,000 miles from the self-service that developers enjoy today with their tools. Vendors will start to close the gap, and focus on dramatically improving the productivity of this critical market.

Mark Pundsack, head of product at the open-source platform, GitLab:
By 2018, there will be a backlash against the DevOps tool chain. Developers will begin to demand a more integrated approach to the development process. In 2017, developers voiced frustrations around using multiple tools to complete an entire development life cycle. This frustration will turn to action in 2018 and both developers and enterprises will request an approach that is seamless and effective. As a result, vendors will begin offering integrated toolsets to help developers and enterprises move faster from idea to production.

Jason Warner, SVP of technology at GitHub
Open source will keep climbing the stack. A decade ago, Linux was a big deal. Now it’s standard. Back in the day, companies like Amazon, Google, and Microsoft were forced to build their own, proprietary tools because no other software existed to meet their needs. Many of these frameworks have since been open sourced—and other open source technologies, like Kubernetes, are becoming integral to developers’ workflows. This shift is changing what companies are investing in, making open source software traditional software’s biggest competitor.

Florian Leibert, CEO, Mesosphere:
The autonomous car market will become more real (and more competitive): All signs point to Apple or Google formally launching an autonomous car program to compete with the traditional car companies and Uber in the next year. With a major tech player throwing their hat in the ring, we’ll start to see major innovation that advances autonomous cars as a reality.

Toufic Boubez, VP of engineering for Splunk
The buzz stops here. Artificial intelligence and machine learning are often misunderstood and misused terms. Many startups and larger technology companies attempt to boost their appeal by forcing an association with these phrases. Well, the buzz will have to stop in 2018. This will be the year we begin to demand substance to justify claims of anything that’s capable of using data to predict any outcome of any relevance for business, IT or security. While 2018 will not be the year when AI capabilities mature to match human skills and capacity, AI using machine learning will increasingly help organizations make decisions on massive amounts of data that otherwise would be difficult for us to make sense of.