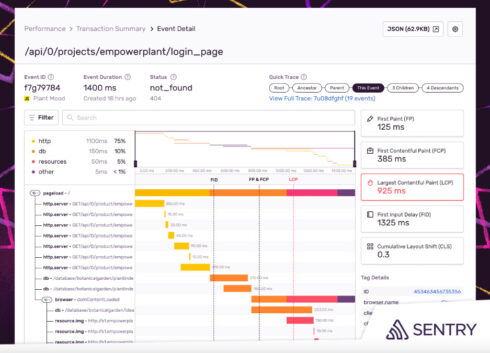 Dynamic Sampling now enables developers to control the amount of visibility into their application’s performance based on real-time business changes.

Also, Issues has evolved to support multiple kinds of issue types. It shows the most critical performance problems in applications and captures and groups unique problems together to provide more actionable context like Error Issues.

Real User Application Profiling can now identify the exact functions and lines that are consuming a user’s device and Session Replay offers a visual reply to surface the cause of an error or latency issue.

“We have evolved an old space with a much-needed revamp that expands the concept of monitoring an application to be immediately valuable for developers, by focusing on actionability and real outcomes, instead of just more charts,” said Milin Desai, the CEO at Sentry. “In a world that is increasingly end-user driven, the developers building these web and mobile apps need the visibility and code-level control to protect the user experience.”