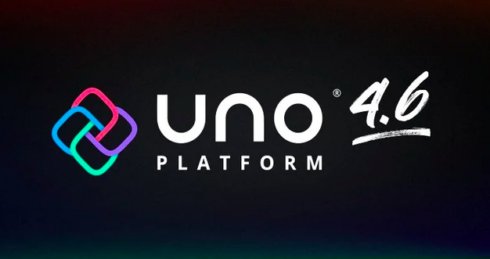 With the release of Uno Platform 4.6, Uno will add support for .NET 7 when it launches on November 8th.

The support consists of two parts: one is for WebAssembly and Skia (Gtk+WPF), the software library for graphics processing, and the other is for Mobile targets such as iOS, Android, Catalyst and macOS.

Adding the .NET 7 binaries allows the use of new JSImport/JSExport APIs to improve the performance of WebAssembly apps beyond the netstandard2.0 that was used previously. For .NET Mobile, .NET 7 allows Uno.UI to use iOS 16 APIs as well as others.

Uno Platform 4.6 also introduces a highly requested ability for NuGet packages and in-solution library projects to include content assets deployed as part of the app. The new feature opens up the path to having fonts included as standalone packages and can automatically be enabled when creating a new Cross-Platform library.

Support for SVG will make it easier to display high-res images on a wide range of display resolutions and densities.

Other improvements in Uno Platform 4.6 include support for Android 13, the new WebAssembly Bootstrap 7.0, and ASP.NET Core Hosting Project. Also, developers who are using Uno Platform 4.6 can also expect a performance boost of 20-50% in critical paths, according to Uno in a blog post.