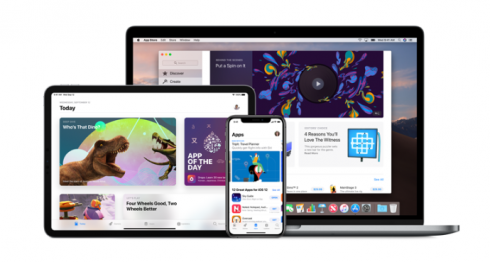 In the midst of antitrust lawsuits and monopoly complaints, Apple is trying to prove its app store promotes innovation and welcomes competition.

“We created the App Store with two goals in mind: that it be a safe and trusted place for customers to discover and download apps, and a great business opportunity for all developers,” the company wrote on a new website created to defend its app store rules and requirements. “We take responsibility for ensuring that apps are held to a high standard for privacy, security, and content because nothing is more important than maintaining the trust of our users.”

Earlier this month, Apple was caught in a lawsuit with iPhone owners protesting Apple’s monopolization of iPhone apps, and arguing that Apple uses that monopolization to overcharge for their apps. Apple argued iPhone owners cannot sue the App Store since the apps were developed by third-party developers, and tried to get the lawsuit dismissed. The lawsuit made its all the way to the U.S. Supreme Court, which ruled in favor of the iPhone owners.

“In short, we do not understand the relevance of the upstream market structure in deciding whether a downstream consumer may sue a monopolistic retailer. Apple’s rule would elevate form (what is the precise arrangement between manufacturers or suppliers and retailers?) over substance (is the consumer paying a higher price because of the monopolistic retailer’s actions?). If the retailer’s unlawful monopolistic conduct caused a consumer to pay the retailer a higher-than-competitive price, the consumer is entitled to sue the retailer under the antitrust laws,” according to the Supreme Court document.

Additionally, Apple is undergoing a European Union investigation after Spotify filed a complaint against the company for its unfair app store policies. “In recent years, Apple has introduced rules to the App Store that purposely limit choice and stifle innovation at the expense of the user experience — essentially acting as both a player and referee to deliberately disadvantage other app developers. After trying unsuccessfully to resolve the issues directly with Apple, we’re now requesting that the EC take action to ensure fair competition,” Daniel Ek, the founder and CEO of Spotify, wrote in a post.

Apple argues on its new website that the app store welcomes competition and lists a number of competitors to their in-house apps such as calendar apps, camera apps, cloud storage apps and mail apps. “Our users trust Apple — and that trust is critical to how we operate a fair, competitive store for developer app distribution,” the company wrote.

On the new website, Apple claims that 60 percent of developers can have their apps available immediately after approval, that developers have a chance to have app rejections reviewed by the App Review Board, and that 84 percent of apps are free.

“The App Store has also helped millions of people with great ideas easily learn how to code, create, and distribute their ideas in 155 countries,” Apple wrote.