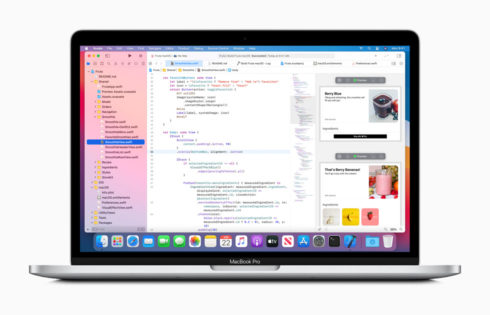 “This year, Apple is providing developers with even more ways to deeply integrate their apps into core platform features in order to deliver powerful functionality in a way that also protects user privacy and security,” Apple wrote in a post that contains additional details on all of the new features for developers.

The new Find My Network accessory program lets third-party device makers take advantage of a network with hundreds of millions of devices, while offering end-to-end encryption so that only users can see the location of their item.

Meanwhile, Safari for Mac is getting support for the WebExtensions API to make it easier for developers to expand extensions to Safari and distribute them through the App Store, the company explained.

A new StoreKit tool in Xcode lets developers simulate subscription setup, in-app purchases and refunds locally on their Mac. Developers can then automate the testing of purchase workflows.

New life cycle APIs in SwiftUI let developers write an entire app in SwiftUI, and then share that code across all Apple platform. A new Lazy API ensures enormous data sets will offer great performance. Developers can use the same code to build a widget for iOS, iPadOS, and macOS, Apple explained.

Additionally, the introduction of App Clips provides users a fast way to discover and download an app through App Clip codes, NFC, shared links, and more. The apps launch within seconds and can try the app before deciding to then download the full version with a single tap.

Other developer features include ArKit 4 that introduces a Depth API designed to work with LiDAR sensors, updates to Core ML and Create ML will with additional APIs for vision and natural language, and more.

Apple also launched the App Store lab to enable developers from around the world to share their feedback and help inform future improvements to the App Store. In addition, Apple is adding new forums for developers to relay suggestions throughout the coming year and beyond, the company explained.

With the new app review process implemented this summer,  developers will not only be able to appeal decisions about whether an app violates a given guideline of the App Store Review Guidelines, but will also have a mechanism to challenge the guideline itself. For apps that are already on the App Store, bug fixes will no longer be delayed over guideline violations except for those related to legal issues.