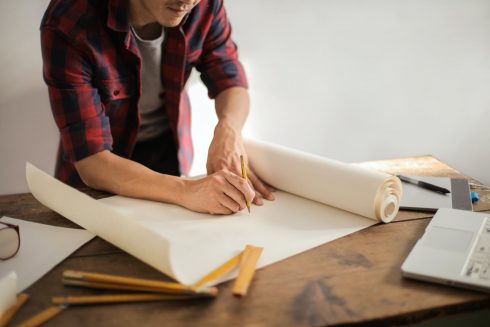 This year has given us an entirely new realm of working — hybrid work — only a short while after many had to learn the full crash course on remote work during the pandemic.

With these constantly shifting workspaces, teams are testing uncharted territory while trying to maintain productivity and effective collaboration, especially for teams that need to share complex concepts such as development workflows or new functionality ideation.

According to Gartner research, the market net effect on collaboration tooling is expected to grow from an estimated $3.5 billion in 2019 to $6.9 billion by 2024. And, as developers report feeling challenged to be more productive, their ability to collaborate with their team is increasingly important.

But not all collaboration is created equally.

“We feel strongly that visual collaboration is one of the most effective ways to share ideas,” said Doug Miller, general manager at Gliffy, a provider of diagramming software that Perforce acquired in January 2019.

Clearly representing ideas or documenting changes is especially important within an organization’s technical teams. Misunderstanding development requirements can result in costly rework and slow down release schedules. Creating detailed plans and keeping the whole team on the same page, on the other hand, can help teams work more efficiently and speed up time to market. Diagrams can be one of the fastest ways to communicate and document those plans.

“Visual collaboration can come in when you have an idea you want to describe to someone, but you’re on a call or you’re in different locations. There’s a lot that can get lost in remote or distributed environments — like body language that shows enthusiasm for the idea or accidentally missing a step as you explain an idea. What we know is that visuals like diagrams are a good tool to supplement those conversations — they quickly unlock how someone is thinking about something and can help guide teams through the conversation,” Miller added.

An effective visual tool can also act as a single source of truth; after a Zoom stand-up or a meeting where not everyone is in the room to participate, leaders can check in with their team after the fact. Diagrams can carry ideas across different modes of communication and collaboration and help teams stay aligned, Miller explained.

As organizations scrambled to find the best collaboration tools at the height of the pandemic, now they’re sifting out the ones that haven’t served their team or evaluating which ones have the greatest impact in facilitating this shift to hybrid work. In competitive terms, this is the “shakeout.”

That’s why Gliffy launched an enterprise version of its online, standalone diagramming tool to expand on the solution that was previously focused on the Atlassian Marketplace: to give more users outside of Confluence and Jira the ability to bridge in- and out-of-office communication and visual collaboration.

Gliffy is already the most popular application available for Confluence, which is part of the Atlassian Ecosystem and has over 16 million users.

Now, users outside of the Atlassian Ecosystem can use the tool to diagram cloud architecture diagrams online for AWS, Azure, and GCP and create standardized current- or future-state diagrams for any project with the Unified Modeling Language (UML).

Users can also make entity-relationship (ER) diagrams to make information easy to find and retrieve by clearly documenting database structure and bringing various parts of the organization up to speed on projects quickly.

“We’re seeing more teams with different roles using Gliffy — your software architects can use it for those technical reasons, but your marketing team can use it to wireframe,” Miller said.

“Regardless of whether you’re in Gliffy Online or our Confluence and Jira apps, you’re dragging and dropping shapes, saving and sharing diagrams, and you have access to all the same templates,” Miller said. “Adding Gliffy Online as a solution just makes that easy diagramming experience more accessible to any team. Whether it’s technical diagramming or just sketching ideas, it’s our goal to make Gliffy one of the easiest ways to collaborate in this new, hybrid way of working.”

Get started with a free trial at Gliffy.com.