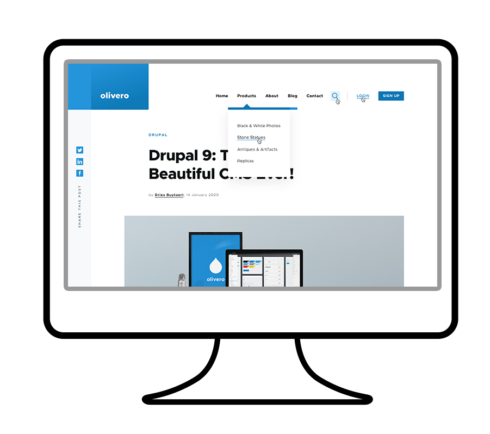 The latest version of the open-source content management system (CMS) Drupal is now available. Drupal 9 is the first major release in five years. It introduces a number of new features and offers an enhanced user experience, with the biggest change being an improved upgrade process, the Drupal team explained.

This release adds a number of tools to make Drupal easier to use. These include a new layout builder, WYSIWYG media management system, and content workflow tools.

According to Drupal’s team, this release introduced improvements to the upgrade process. Dries Buytaert, founder and project lead of Drupal, explained that this was a key focus for this release.

Drupal’s innovation has only accelerated since the release of Drupal 8 four years ago,” said Buytaert. “Historically, major upgrades have been costly. With Drupal 9 we wanted to innovate quickly and provide an easy upgrade path from Drupal 8. We did exactly that! The upgrade from Drupal 8 to Drupal 9 is the easiest major upgrade in the last 10-plus years.”

Like Drupal 8, Drupal 9 will receive feature updates twice per year. Developers can participate in the Drupal 2020 product survey to share thoughts on what should be added to the CMS in the future.