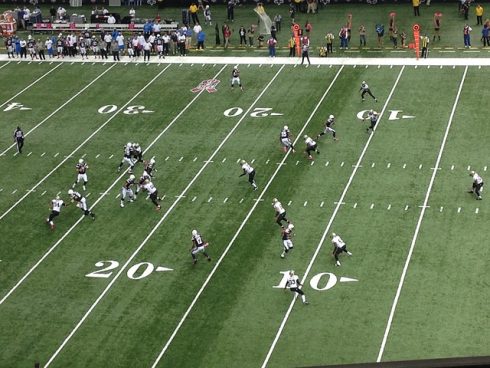 As a football fan, I’ll be the first to admit that Sunday’s Super Bowl between the New England Patriots and Los Angeles Rams offered little in the way of entertainment. As someone who has spent the better part of 20 years directly involved in the development and delivery of software, however, the game was nothing short of fascinating. While the fan in me was let down by the endless parade of punts, the technologist in me couldn’t help but fixate on the striking parallels between how the Patriots went about winning their record-tying sixth Super Bowl, and how smart organizations can build a similar level of excellence into their own software development process.

With that in mind, here are four software development lessons from Super Bowl LIII.

When you maintain excellence for as long as the Patriots have – their current run of success started almost two decades ago – there’s more at work than just talented players and smart football schemes. After all, with the (rather important) exceptions of coach Bill Belichick and quarterback Tom Brady, the teams’ players and coaches are constantly changing, and so too are the strategies it employs on the field. What hasn’t changed is the winning culture. The Patriots’ success starts at the very top, with an ownership group that is committed to investing the necessary resources and empowering their employees to succeed. In doing so, they’ve created an organization-wide culture of winning.

Likewise, in the world of software development, culture counts. Yes, you need talented developers and quality engineers, and you need to empower them with the right tools and technologies, but success starts at the top, with executive leaders who drive a company-wide commitment to quality and efficiency that everyone in the organization, regardless of their role, is expected to maintain. This also means a true commitment to the culture that trying things is more important than getting it right the first time. Achieving quality requires an organization that believes in truly trying, and quality requires fast feedback and adjustments. You can’t know the first time out if your strategy or tactic is going to work- it is an iterative process.  With the proper mindset and quest for quality and improvement, tools, culture, and people come together to excel. As in football, the right culture precedes the right tools and strategy.

In the first round of the playoffs, the Patriots scored on their opening drive and never trailed on their way to a blowout win over the Chargers. They likewise jumped out to a quick 14-0 lead the following week against the Chiefs, and though it didn’t translate into a big lead on the scoreboard, they dominated the Rams from the opening whistle on Sunday, especially on defense. Starting fast and never looking back has been a hallmark of the Patriots’ success during their current run of excellence, and this year was no different.

Starting strong is an equally important part of great software development. As customers continue to demand fast delivery of flawless digital experiences, shifting left – or employing development best practices as early in the delivery pipeline as possible – has become paramount. This is especially true when it comes to testing. Waiting around to test your code at the end of the development process is a recipe for disaster in today’s digital era. The earlier in the pipeline you can run your tests and get feedback to your developers, the more efficient and productive they can be, and the better off you’ll be down the line. The Patriots never sit around and wait, and neither should developers and quality engineers.

For all the talk in the football world of explosive passing games and high-scoring offenses, the Patriots won Super Bowl LIII with good old-fashioned fundamentals. The ran the ball effectively. The played strong defense. Sure, they bored us to death in the process, but they achieved their goal, and did so convincingly.

Fundamentals should be an equally important part of the modern software development playbook. Amid the often-justified hype surrounding powerful new technologies such as advanced analytics, AI and machine learning, it can be easy to lose sight of the best practices that are fundamental to effective software development, such as a relentless focus on the customer, strong communication between developers and quality engineers, and automated testing deployed throughout the development process. The Patriots, quite literally, blocked and tackled their way to the championship. Development teams can and should do the same.

If you watched Brady closely this postseason, you probably noticed how rarely he gets hit. And by rarely, I mean he never gets hit. In three games, the Rams, Chiefs and Chargers sacked Brady a grand total of one time. (By comparison, the Patriots’ defense recorded 10 sacks in its three postseason games, including four in the Super Bowl.) Brady is the Patriots’ most important asset, and they protect him at all costs.

As a development team, you don’t have to block 300-pound pass rushers, but you are responsible for protecting your company’s most important asset – its digital brand. Your digital brand is defined by the experience you deliver to customers when they visit your website or download your mobile app. And you need protect it at all costs. That means using reliable open-source frameworks for both testing and development, leveraging secure cloud infrastructures, and above and beyond all else, implementing continuous testing throughout your delivery pipeline to ensure that bugs never make it all the way to production. Unlike in football, there’s no next year for your brand. Protecting it at all costs is essential. 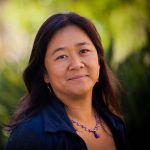 Joanna Schloss is vice president of product marketing and a subject matter expert in digital transformation and continuous testing for Sauce Labs. Her areas of expertise include software testing and development, DevOps, data warehousing and analytics, and business intelligence. With a blend of experience in both startup and G500 environments, Joanna has successfully launched a myriad of products across her multi-decade career, from business-focused analytic applications to leading data warehousing and management tools.

New tools are great… just not on critical projects

As developers take on the torch for handling security, educational opportunities and metrics can keep the fire going