How games are changing the education system 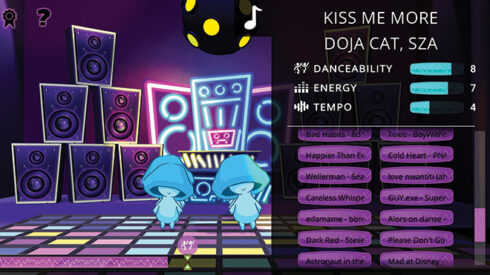 As young children, it’s normal to utilize games and playtime as a way to discover and learn about the world around us. The ways in which play relates to cognitive growth and development throughout childhood and beyond has been carefully studied in psychology – however, it remains vastly underused within the education system.

With the majority of children having to adapt to online schooling in the wake of the pandemic, JD Calvelli, analyst at the University of Chicago’s Center for Radial Innovation for Social Change (RISC), began exploring the role that games and play can have in enriching a child’s learning experience, especially in a remote setting.

“I think in general, the education system hasn’t really caught up to the reality of today and the onset of modern technologies,” Calvelli said, “A lot of that became especially evident post-pandemic when we had to rapidly adapt to this new reality of people being in their homes and having to learn through digital technology and we weren’t really ready for that.”

He went on to explain that even though some of these technologies are not new, the education system has failed to take full advantage of them. He attributes this to the old school conception  that work and learning are not meant to be fun, but rather, the antithesis of it.

“We seemed to have arbitrarily decided at some point that after you’re a baby it’s no longer okay to learn through play… 76% of kids in the U.S. play video games, and so the gamification of learning is a way to introduce students to important concepts and meet them where they are,” Calvelli explained.

In pursuit of bringing games into the education sector, RISC, in partnership with educational consultants Enable Education, has created its own learning game, Algo-Rhythm. This data science, music-based game allows children to look deeper at the data behind several popular songs.

With Algo-Rhythm, students can create playlists, explore how songs are made, and dance to the beat. Parents can also play along with their children and help them learn about today’s music and the way that data has helped to create it.

Intended for late elementary- to early middle school-aged children, the game utilizes Spotify API in order to determine a few key data points about the songs.

“Specifically, we focused on values that represented Danceability, Energy, and Tempo – which are each represented in the game as a number out of 10 whenever a player chooses a song in the playlist builder,” Calvelli explained, “Players are then tasked with building playlists, and later responding to song requests, such that they fulfill specific asks.”

Players are expected to use the data represented to them in order to make informed decisions about which songs to add to playlists, or which to use to fulfill certain song requests. The quicker a player is able to make these determinations, the more points they accumulate.

Calvelli and his team hope that this game works to teach children two important fundamentals of data science: the fact that data can be found anywhere, and that it can be used to help make more informed decisions.

“We really wanted to meet kids where they are, and try our best to give them an experience that would let them have a good time and, at the same time, teach them something or at least inspire them to look at the world in a way they didn’t necessarily before,” Calvelli said.

He explained that another hope for this game is to serve as an impetus to foster a greater interest in learning within students.

He explained that by teaching important data science skills through a fun, interactive game, it is easier for children to become engaged in the topic and offers them the opportunity to learn about an important concept in a fun way.

“Ultimately, we hope that this can serve as that catalyst. We’re not driven by profit motive… So ideally that means that we can create something that really only exists for the purpose of trying to teach someone,” Calvelli said.

Another purpose Algo-Rhythm serves is to close the knowledge gap around data and the impact that it has on the world.

Calvelli explained that not many people have a full grasp of what data actually means and the purpose that it serves. He hopes that introducing students to this concept in a way that feels accessible to them will work to solve this problem for the next generation.

“We hope that Algo-Rhythm can be the start of that conversation like, ‘oh, data is important and we should be teaching students at a younger age about it and it should be integrated into our school systems in a more direct way,’” he said.

Calvelli also discussed that bringing technology and games into the classroom can be a really meaningful way to offer kids a heightened sense of agency over their own education and the way they learn.

He spoke specifically about the beginning of the pandemic and how young children with active imaginations were expected to absorb important material through methods that failed to engage that imagination or even offer an outlet for much interaction.

“In order for something to be a game, there has to be a mechanic, there has to be something that the player does. So, the reality in this post-pandemic world is that there is a perceived lack of agency on the part of the students and incorporating play can return that agency in a meaningful way,” Calvelli said.

He also explained that with the emergence of the Metaverse there is even more room for games to be brought into the education system in an immersive way. With the rise of virtual reality and the ability to fully bring students into these educational games, failing to do so would be a missed opportunity.

Calvelli expanded on this saying that this technology still has a good amount of room to further grow and develop. However, he believes that the Metaverse should ultimately become an important mechanism in the education field.

Based on that conceptualization, Calvelli believes that this technology will also serve as an equalizer of opportunity for students, making more sophisticated experiences more accessible to lower income students.

“If you’re in a school system that wants to run chemistry labs but that cost is too high, theoretically, the Metaverse will allow you to have that lab without the need to pay for the resources,” he said.

According to Calvelli, as of right now the gamification of learning remains an untapped market within the Metaverse, but hopefully as the technology comes to fruition, that will change. He said, “We are interested to see, as time goes on, how more companies and pioneers in the Metaverse come to engage with the agency aspect and how they use that to help students learn better.”

Calvelli also stressed the fact that the current education system is in need of an upgrade because children today are not being set up for success in the digital world we live in. He believes that the system has been stagnant for many years and by giving it some much needed TLC, students will benefit greatly.

“RISC believes that games and play are an important part of that new approach to education not only because it is engaging for students, but also because it has the potential to be a learning tool and to really break down the dichotomy that play and work need to be different,” he said.