Industry Watch: Why our industry must admit #metoo 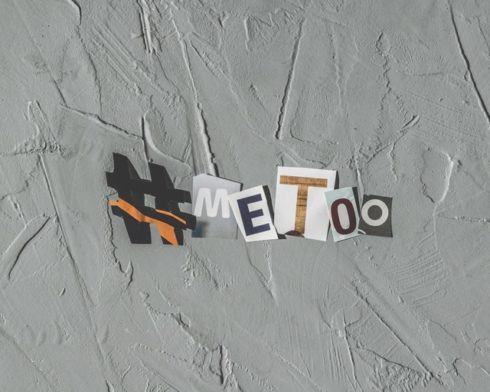 Richard Stallman, an industry icon who created the first open-source operating system and has spent his career fighting for free and open software, resigned from his positions at the Free Software Foundation and MIT-CSAIL over remarks he made regarding, of all things, the Jeffrey Epstein case.

The blowup occurred in response to a Facebook event urging MIT students to rally against the university accepting anonymous donations from Epstein, an accused sexual predator of young girls — children, actually. (Our universities are as corrupt as many of our institutions, so looking the other way while money comes in is a matter of practice. See Stanford, Yale, USC and Felicity Huffman, Lori Loughlin and unnamed others of wealth. But this is beside the point of this story.)

Stallman’s comments were in defense of another industry thought leader, the late Marvin Minsky, who was a pioneer in artificial intelligence and co-founder of the MIT AI lab. It is reported that one of Epstein’s girls was directed to have sex with Minsky. While some reports called this a sexual assault, Minsky was never charged with a criminal act. But his guilt or innocence also is beside the point of this article.

As reported in SD Times and elsewhere, MIT alum Selam Jie Gano published an email in which she said Stallman wrote:  “The announcement of the Friday event does an injustice to Marvin Minsky,” Stallman wrote. “The injustice is in the word ‘assaulting.’ The term ‘sexual assault’ is so vague and slippery that it facilitates accusation inflation: taking claims that someone did X and leading people to think of it as Y, which is much worse than X.”

He also wrote that of the allegations against Minsky: “We can imagine many scenarios, but the most plausible scenario is that she [a young girl] presented herself to him as entirely willing. Assuming she was being coerced by Epstein, he would have had every reason to tell her to conceal that from most of his associates.” Here is a thread that contains his comments.

Stallman claims media reports mischaracterized his statements and that he was misunderstood, and in his writing said he was sorry for the hurt people feel because of what they believe he said. SD Times news editor Christina Cardoza reached out to Stallman for comment, and he simply replied: “I urge people to look at my own writing rather than at what other people said I said.”

But, that Stallman even wrote this in this #metoo environment shows he clearly is not ‘woke’ to what’s happening in workplaces across the country. Harvey Weinstein. Matt Lauer. Sen. Al Franken. Supreme Court Justice Brett Kavanaugh. And Epstein.

You may agree that some of these men deserved punishment that never came, or that some were punished for behavior that didn’t rise to the threshold of public shaming and job loss. But you can’t argue that their behavior AT ITS BEST made women uncomfortable, and at its worst was sexual predation.

Many people blame it on our culture — it’s a man’s world, all of that. I believe Stallman’s remarks can be traced to our industry, software development, in which women have been — to put it very mildly — treated poorly.

Year after year, stories have been written about women developers feeling harassed, degraded and even facing sexual advances, with no one in authority to take their complaints seriously. This gender discrimination discourages women from entering the field, which means that companies who claim to be worried about the user experience are only creating software for half the users. There’s no women’s perspective, which only women programmers can bring into design and content meetings.

The group Girls Who Code, an advocacy for women in technology, released the results of a survey that shows:

Gender-based discrimination can and does, happen anywhere. Small startups and big-name tech giants alike are not immune to reports of sexual harassment, bias, or other forms of discrimination.

Perhaps the saddest part of this story? That it went away so quickly. People have become numb to sexual harassment. We’re fatigued by all of the reports coming out. But tech companies must hire more women and then begin enforcing harassment rules. It’s in their own best interest, and for the greater good.

me too, Richard Stallman, software development