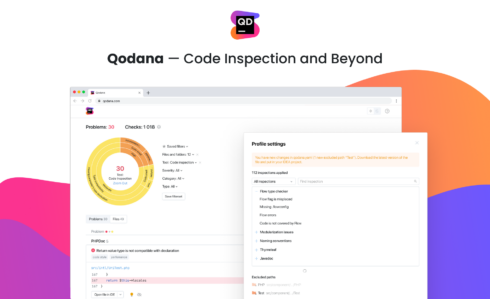 JetBrains launched Qodana, a universal code quality platform for continuous integration that enables developers to do smart checks and edits from within in their JetBrains IDE.

Qodana for JVM is based on the company’s Java IDE, IntelliJ IDEA, and allows developers to perform static analysis of Java codebases.  The company also released an early-access program for PHP and Python, and JetBrains plans to extend support to all languages and technologies down the road.

It can also be run anywhere with a Docker image even though it’s intended for CI/CD platforms such as JetBrains Space, TeamCity, GitHub Actions, Jenkins, GitLab CI, and more.

“We always wanted to provide our users with a seamless, universal software development experience”, said Kateryna Shlyakhovetska, product and team lead for Qodana. “In order to ensure the security of the production environment and builds, Quodana offers developers multiple sets of inspections and safeguards. Those guards become enforceable for both the individual machine, and the chosen CI pipeline. Most importantly, we are rethinking the typical static analyser experience to avoid information overload and empower all types of projects and different user roles.”

Qodana also provides developers with multiple sets of inspections and safeguards that remain identical for both the individual machine and the chosen CI pipeline.

Community versions of Qodana for JVM will be available for free, and in the future, JetBrains aims to release Qodana for JVM Enterprise that will introduce features like automated security and license compliance checks and priority support. Existing JetBrains IDE customers will receive complimentary licenses for the new capability.