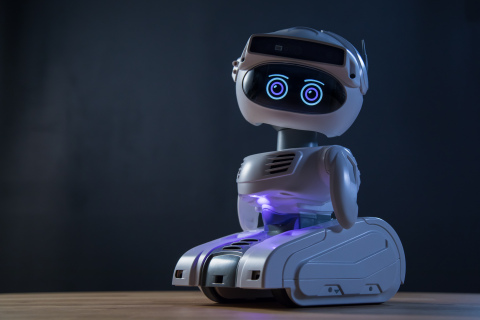 Misty Robotics released the Misty II platform robot to provide developers with the tools, comprehensive documentation and extensive to build robotic capabilities for businesses and homes, research and education.

“For the price of a computer, developers can bring their code to life and free it from the 2D world of a browser. We’ve already seen some of our crowdfunding backers start to solve real world problems. The possibilities are really endless, and we are excited to see what they build next,” said Ian Bernstein, the founder and head of product of Misty Robotics.

The tools included in the new platform include a pre-built command center, skill runner, and API explorer, which are accessible through an easy to navigate SDK interface, the company explained. It also has the ability to integrate with third-party APIs and to be expanded through third party hardware such as Arduino and Raspberry Pi as well as through 3D printing.

The Misty robot recognize faces and navigates environments through the use of 4K cameras. It can report what it sees in real-time or store it for later use, interact with people, retrieve objects, gather data and control third-party devices.

Developers can write a skill using Misty’s JavaScript SDK, write code for Misty’s on-robot JavaScript API and upload it to the robot. The code runs internally on Misty and can interact with external data, such as cloud calls and non-Misty API calls. Code can also be written using Misty’s REST API & WebSocket connections.

“The opportunity for them to do useful things is large but has been limited to the world of roboticists. We are unleashing their potential by giving developers the power to bring the magic of robots to life,” the company wrote on its website.