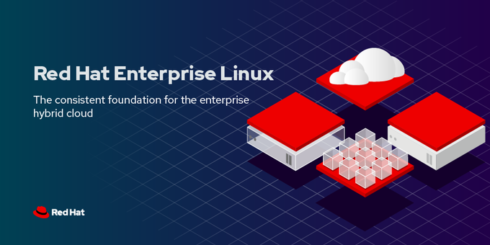 Red Hat announced new features coming to Red Hat Enterprise Linux (RHEL) 8.4, which will be released in a few weeks, at its Red Hat Summit virtual conference this week.

According to the company, this release “refines the platform’s role as a lightweight, production grade operating system for edge deployments, adding new Linux container, deployment and management capabilities scaled for the needs of edge computing.”

Red Hat recently released a report, “The State of Enterprise Open Source,” which showed that 72% of IT leaders are expecting open source to drive adoption of edge computing in the new two years. Red Hat Edge is a new effort being highlighted in RHEL 8.4 that aims to extend Red Hat’s cloud portfolio to the edge. This includes extending existing solutions like OpenShift, Advanced Cluster Management for Kubernetes, Ansible Automation Platform, Red Hat Integration, and Red Hat Data Services.

Other features that will benefit edge adoption in RHEL 8.4 will include updates to the standards-based container engine Podman, the ability to create installation media in Image Builder tailored for bare metal, and a lightweight Universal Base Image (UBI) for edge computing.

“The open hybrid cloud isn’t limited to an enterprise datacenter or public cloud environments; it includes the remote servers, advanced machinery and other devices that exist on the far reaches of the enterprise network,” said Stefanie Chiras, senior vice president and general manager of Red Hat Enterprise Linux Business Unit at Red Hat. “The disparate nature of these footprints means that consistency is critical to success – Red Hat Enterprise Linux, as the backbone for the Red Hat Edge initiative, provides this consistent, edge-native and intelligent platform to meet the dynamic demands of the hybrid cloud, from bare-metal servers to the cloud to the edge.”