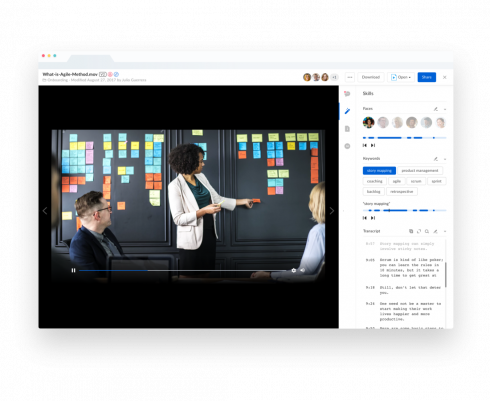 Cloud company Box has announced the release of Box Skills, which will enable developers to enhance their Box products with AI. Skills are code snippets that run when files are uploaded to Box and apply AI to them.

Examples of Skills include labeling objects or people in images and videos, extracting information from customer contracts, pulling details from a license or passport, and detecting when customer calls contain sensitive data.

SingularityNET launches a new developer portal
SingularityNET has launched a new Developer Portal to allow developers to discover, learn, and adopt its decentralized AI network. According to SingularityNET, the portal will provide developers with resources, tutorials, descriptions, and guides on how to use the platform.

The company also announced that it will be offering additional workshops in 2019, following the success of its first developer workshop at DevOps 2018 conference.

The simulation is now available on Baidu’s Apollo platform, which is a platform for developing, testing, and deploying Level 3, 4, and 5 autonomous vehicles.

“The ability to accurately conduct autonomous testing in a simulated environment allows for millions of simulations to simultaneously occur, providing Apollo partners with a competitive advantage while helping to keep their business costs down,” said Tim McDonough, general manager of industrial at Unity Technologies.

MarkLogic launches Data Hub Flight School
MarkLogic has launched Data Hub Flight School, which is a learning and development program for educating developers on “next generation data management and data hub technology.” The program provides guided simulations of data integration projects, and covers challenges that typically prevent companies from getting the most out of their data.