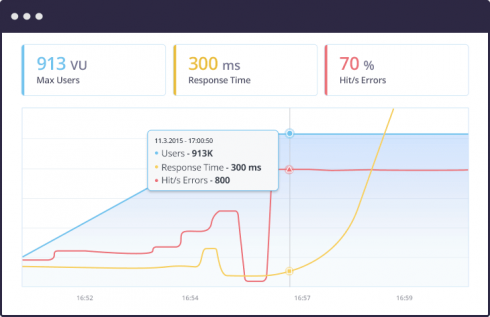 Broadcom wants to expand continuous testing throughout the enterprise with the launch of the BlazeMeter Continuous Testing Platform.

The platform includes GUI functional tests, API testing and monitoring, performance testing, ability to create mock services and the ability to create and manage test assets. In addition, it includes support for more than 20 open-source tools such as JMeter, Selenium and WireMock.

“BlazeMeter Continuous Testing Platform helps organizations Shift-Left and evolve the CoE with a single application that empowers teams to work the way they want to work, and

The language also offers LLVM 8 support. In addition, there are a couple of bug-fixes related to top-level private const scope, annotation lookup on generic types and other corner cases.

“The acquired technology from Klevops will alter the dynamics between attended and unattended automation making it a foundational solution for companies scaling their automation initiatives across all industries. This is especially relevant to contact center-intensive industries like banking, financial services and telecommunications,” said Prince Kohli, CTO of Automation Anywhere.

Oracle Functions is a managed FaaS service while Events enables users to subscribe to changes and respond to them using Functions.

“Oracle Functions and Events work together to enable developers to compose applications from one or more serverless functions, which in turn are triggered by a range of cloud events, such as storage uploads, database updates, log triggers, and task completions. Every aspect of deploying and invoking the functions is handled by the platform, and invocation scales up and down based on demand. As organizations integrate a variety of their key business SaaS applications, functions can ‘glue’ together various SaaS or PaaS apps to create a more holistic and consistent business process,” Bob Quilin, vice president of developer relations at Oracle, wrote in a post.